How Airports Are Fixing Security Chaos

Earlier this summer, Atlanta's Hartsfield-Jackson International Airport had massive security line delays; it's seen improvement under a new system that is now being tested
David Goldman—AP
By Alex Fitzpatrick

On a recent summer morning, I arrive at an airport security checkpoint expecting the worst. The wait will be interminable. The agents will be overworked. The line will get stalled, over and over again, because someone forgot to remove a belt, or help a child, or empty a water bottle, or all of the above.

But here at Atlanta’s Hartsfield-Jackson International, the busiest airport in the world, something is different. Each conveyor belt has five loading stations instead of the usual one, so people can move at their own pace without holding up the line. When items get flagged for review, they’re whisked to a separate area, so other stuff can pass through. At the checkpoint exit, travelers place their empty bins on the belt, which takes them back to the entrance, automating a task typically done by workers.

Throughout the process, which is already popular in Europe, my line moves quickly and smoothly. And apparently I’m not alone. Early reports indicate line efficiency–the speed at which travelers move through security–is up 30% since the system was put in effect a few months ago. It will soon be tested in Los Angeles, Chicago and Miami.

This is not the narrative we’re used to hearing about American airports. Data from the Transportation Security Administration (TSA), analyzed by TIME, reveals that the frequency of extensive line delays neared a nine-year high in the spring, driven by a mix of more travelers (because airfares were low) and fewer agents (because the TSA overestimated how many people would use its PreCheck program). The chaos peaked in May, when the TSA replaced its head of security amid national outrage and calls for reform.

It was–and is–an issue of both convenience and safety: long lines, where large numbers of people congregate before they’re screened, can be vulnerable targets for attacks like the one at Istanbul’s Ataturk Airport. “We have to get [more] people out of their cars, through security and into the interior part of the airport, which is the safest part,” says Atlanta Mayor Kasim Reed, who helps oversee Hartsfield-Jackson.

That’s exactly what a growing number of U.S. airports are doing right now, with impressive results. According to TSA data, the frequency of extensive line delays–times when it took travelers longer than 20 minutes to get through security–decreased 74% from May to June, returning to levels not seen since last fall.

Why the sudden shift? In part, it’s because Congress came to the rescue, adjusting the TSA budget to allow for extra screeners and more overtime pay. But the air-travel industry is also changing from within. After years as bystanders, airlines–which have benefited from low oil prices–are investing in better security, especially at their hubs. (The Hartsfield-Jackson refresh was funded by a $1 million grant from Atlanta-based Delta.) Meanwhile, airports–which now have unprecedented access to data and technology–are experimenting with their own solutions. Cincinnati/Northern Kentucky International, for example, is testing a system that tracks people’s smartphones as they move through security and posts current wait times on nearby screens and a website. And 22 airports, including Orlando’s Sanford International, have replaced their TSA screeners with a privatized force (though the TSA still has some oversight). Diane Crews, Sanford’s president and CEO, says she had bad personal travel experiences with the TSA and doesn’t want things like that “to ever happen at my airport.”

Because there’s no conclusive data comparing privatized airport-security systems with nonprivatized ones and because many other efforts got under way only recently, it’s hard to tell which fixes are working best–or at all. Some, like increasing overtime hours for TSA agents, may produce only short-term gains. Others, like the Atlanta system, are likely too expensive for airports that don’t have airline partners footing the bill. (American and United are paying to bring it to other cities.)

Combined, however, these changes appear to be making a difference. And in the messy, complex world of airport security, even embryonic progress is pretty fly.

–With additional reporting by EMILY BARONE 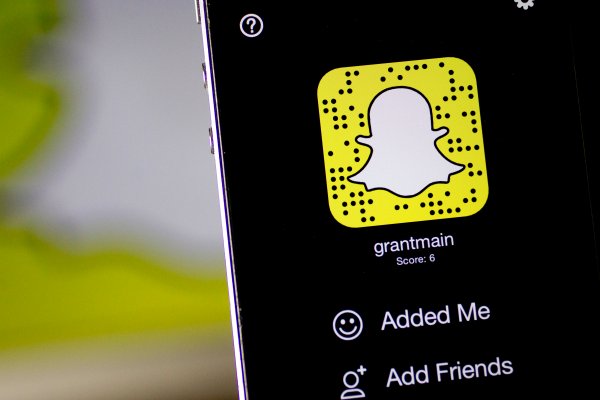 Snapchat Takes Down 'Yellowface' Filter After Backlash
Next Up: Editor's Pick