Chipotle Is Offering Discounted Booze to Bring Back Customers

Chipotle is now offering specials on its alcoholic beverages in select states.

The fast-food chain, which has had a fairly bumpy year after several food-borne illness outbreaks, is providing half-price drinks and two-for-one drink specials in the city of Chicago and seven states, including Iowa, Kansas, Kentucky, Missouri, Nebraska, Ohio, Wisconsin.

The specials on alcoholic drinks come amid several free food promotions by the company to bring back customers after Chipotle battled an E. Coli outbreak last year. The fast food chain offered customers a chance to win a year’s worth of free meals in May, and is currently offering a “Chiptopia Summer Rewards” program, in which winners can earn free burritos and enter to win a grand prize of free burritos for a year. 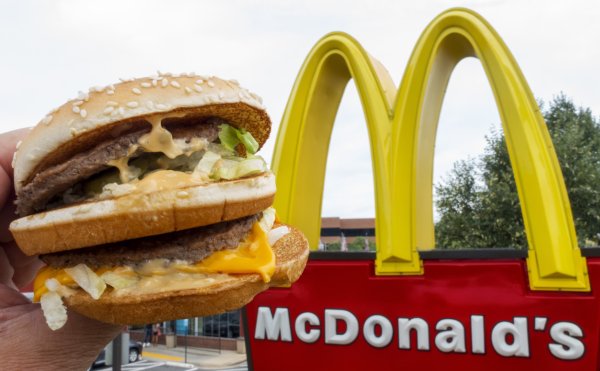 McDonald's Has Stopped Selling Big Macs in Venezuela
Next Up: Editor's Pick