Move your mouse cursor or finger around the image above to explore the panorama.

Drones are already capable of capturing stunning aerial images and videos that wouldn’t be possible with grounded cameras. But combining the abilities of these airborne vehicles with 360-degree cameras produces new perspectives that are even more immersive and breathtaking.

SkyPixel recently held a competition to calling for artists to submit their most impressive 360-degree aerial images. It honored six standout candidates, which includes three main winners and three recipients of its “Brilliant” prize. Photographer Stanislav Sedov’s panorama of the Christ the Redeemer statue in Rio de Janeiro, Brazil, which is shown above, was named the third place winner. The image takes the viewer on a close-up aerial tour of the landmark, against a colorful cloudy backdrop.

Sedov works with the AirPano Project, a nonprofit organization that specializes in aerial photography typically taken from helicopters and airplanes. He credits his AirPano colleague Dmitry Moiseenko with helping him capture the winning shot. Other panoramas acknowledged as winners include shots taken over Australia’s Golden Coast and captured above Tianmen Mountain in China. 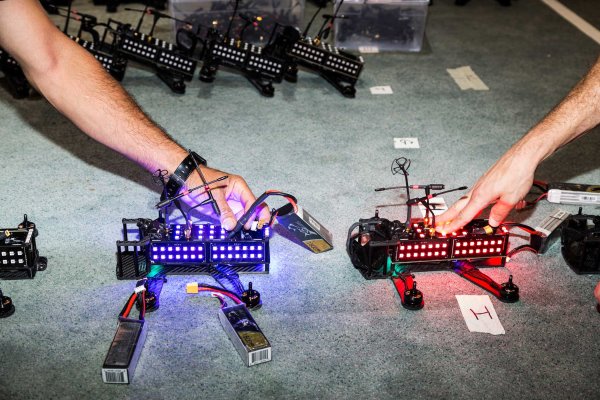 Wild and Weird, Drone Racing May be the Sport of the Future
Next Up: Editor's Pick