How Florida Is Battling Zika—and Apathy

Two weeks ago, officials from Florida announced that mosquitoes were spreading the Zika virus in a neighborhood north of downtown Miami; 22 people are now confirmed to have the virus from local bites. But while Zika has state and federal health authorities on high alert, the same can’t be said for the general public.

A Washington Post-ABC News poll revealed that 65% of Americans say they are “not too worried” or “not at all worried” that they or an immediate family member will be infected by Zika. Even in places like Florida and Texas, just 43% of people reported being somewhat worried (though that was higher compared to other states).

“I don’t think anyone should take this lightly,” Florida Governor Rick Scott said in an interview with TIME on Wednesday. “We take anything like this seriously. We’ve been at work [on Zika] since February.”

Florida has more than 380 cases of Zika, and close to 60 are in pregnant women. Most infections occurred after people traveled to an affected country. Scott says he has allocated $26 million in state funds to combat Zika, and the state is conducting active mosquito control and public education about the virus. Responders will soon begin distributing Zika prevention kits to school districts and public colleges.

The state also requested a team from the U.S. Centers for Disease Control and Prevention (CDC) to aid in the response. But like other states nationwide that are trying to prepare and react to cases of Zika within their borders, the lack of funding from Congress is a point of contention.

“Congress has failed to act,” says Scott. “I get things done in my state because I work with my state legislature. You got to figure out how to work together. “

Scott says his office has outstanding requests for 10,000 Zika prevention kits for pregnant women and is waiting for a plan on how the state should work with FEMA. “The President and Congress have to work together,” says Scott. “[They] have to sit down and come to a conclusion.”

But as The Washington Post reports, the lack of concern among Americans might be slowing down that urgency. Zika responders in the continental U.S. and hard-hit areas like Puerto Rico have told TIME that it’s challenging to get people to really care about Zika, change their behavior, practice mosquito control and wear repellant, even if they are in an area with an active outbreak. Unlike Ebola, a disease with severe consequences for anyone who comes in contact with it, Zika doesn’t cause any symptoms in most people. When it does, they’re generally mild and resemble the flu a rash symptoms do may get a rash and feel as though they have the flu. But in pregnant women, the virus can cause the severe birth defect microcephaly.

Protecting the most vulnerable is a community-wide job, health authorities argue, since travelers are the ones who can spread the virus to the local mosquitoes, which then bite new people. According to a recent report from the Wall Street Journal, one of the 22 people infected with local mosquitoes in Florida is a pregnant women in her early 20s who did not travel and did not have sex with anyone who could have been infected.

CDC director Dr. Tom Frieden has spoken about how such apathy is common and problematic. “I’m sorry that people feel that way, but it is a problem,” he said. “The tragedy of a preventable case of a severe birth defect is something I think we have to make very clear to people.”

“Zika can have a very large impact on pregnancy and that impacts society and all of the United States,” says Dr. Karla Maguire, an obstetrician/gynecologist at the University of Miami in Florida who talks to people about the virus during appointments. “I am confused when people are not concerned.”

Scott says he’s learned through the years that people only become knowledgable about a topic when it applies to them directly—but Floridians likely won’t be the only ones affected. “It’s not just going to happen here,” says Scott. 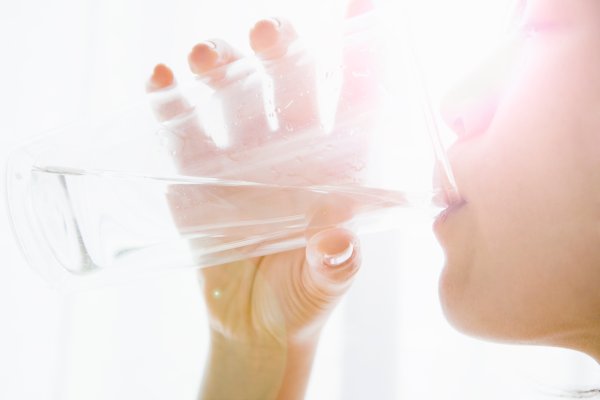 How to Find Out If Your Water Is Safe
Next Up: Editor's Pick