T.S. Eliot’s youthful marriage to Vivienne Haigh-Wood is the stuff of legend—married in their 20s, their union was so bleak it was thought to have heavily influenced Eliot’s depressing masterpiece, The Waste Land. But his marriage late in life to the much-younger Valerie Fletcher was the complete opposite: calm and sustaining to the aging poet.

Valerie Eliot met her future husband in 1949, two years after Eliot’s long-estranged first wife died in a sanatorium. She had come to work as a secretary at his publishing house, Faber and Faber, but her interest was more than professional. She had loved Eliot’s work since first hearing a recording of “Journey of the Magi” at age 14, and by the time she met him, she said years later, “I felt I knew him.” (A recording of Eliot reading the poem can be heard here.)

When she heard he was seeking a secretary, she eagerly sought out the job.

Still, their love affair was slow to bloom. Eliot was an intensely private man, and Valerie was happy to keep their courtship and eventual engagement a secret from friends and colleagues. When she came to the office one day with a “socking great emerald” engagement ring, as one colleague later put it, she declined to say who had given it to her. The couple finally married in 1957 in a quiet ceremony kept secret from the press and even their friends. “I have so much to tell you on Monday so prepare to do no work!” Valerie wrote to her colleagues afterwards. “A lovely honeymoon apart from TSE catching flu, and cracking a tooth.”

Valerie was 30; Thomas was 68. They settled into a quiet union, both content to spend most of their days as homebodies. “We used to stay at home and drink Drambuie and eat cheese and play Scrabble,” Valerie would later say in an interview. “He loved to win at cards, and I always made a point of losing by the time we went to bed.” They would sometimes venture to theater outings and occasional trips to warmer climes for Thomas’s health.

“He obviously needed to have a happy marriage,” she said. “He wouldn’t die until he’d had it. There was a little boy in him that had never been released.”

All signs from Thomas’s side indicate just as warm feelings toward his wife. In a poem called “A Dedication to My Wife,” he wrote of “lovers whose bodies smell of each other / Who think the same thoughts without need of speech / And babble the same speech without need of meaning.”

T.S. Eliot died in 1965, after which Valerie maintained firm custody of his estate, rarely granting scholars’ requests and doing her best to fulfill her husband’s wish that there be no authorized biography. She did permit one special adaptation of her husband’s book Old Possum’s Book of Practical Cats: the Andrew Lloyd Weber musical Cats, a lucrative choice for both the producers and the Eliot estate. Valerie used a generous portion of the estate’s money for charitable purposes. She also made a name for herself editing a highly respected facsimile edition of The Waste Land and several volumes of Thomas’s collected letters.

Valerie died at age 86 in 2012; on Wednesday, she would have been 90. Though her love of one of the 20th century’s great writers began with hearing that recording at the impressionable age of 14—when she could hardly have dreamed of meeting him, let alone marrying him—it ended after a life devoted to his happiness and his enduring legacy. 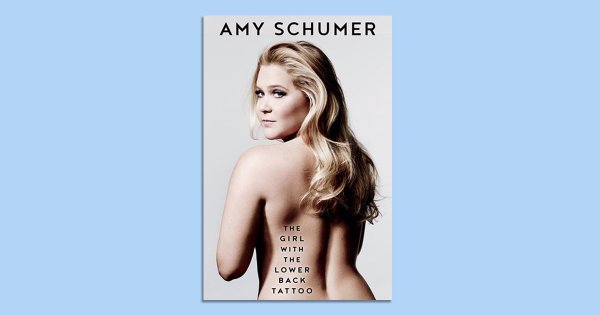 Amy Schumer's New Memoir Might Make You Cry More Than Laugh
Next Up: Editor's Pick