Jeff Bridges may have been born in Los Angeles, but there’s something about his face that just looks right when it’s framed by cowboy hat. He wore one, accented by an eye patch, as sharpshooter Rooster Cogburn in the Coen brothers‘ remake of True Grit. He wore one for his Oscar-winning role as a jaded country singer in Crazy Heart. And he dons another, with the drawl to match, in Hell or High Water, as a Texas Ranger chasing a pair of fraternal bank robbers.

Directed by David MacKenzie, Hell or High Water follows two pairs of men at odds with one another: Brothers Toby (Chris Pine) and Tanner (Ben Foster), who aim to rob as many branches of Texas Midlands Bank as they can to raise the funds to save their family’s ranch, and Marcus (Bridges) and Alberto (Gil Birmingham), the Rangers dispatched to catch them. It’s a cat-and-mouse game with high stakes all around. Toby’s trying to secure his sons’ future while Marcus is looking to make it through one last romp—before the forced retirement that’s being foisted upon him—alive.

In the exclusive clip above, Marcus and Alberto hit a roadblock in their search for Toby and Tanner. As a fire consumes a large swath of grazing land, a rancher herds his cattle toward safety. His brief encounter with the Rangers touches on a couple of the film’s broader themes. First, there’s the rancher’s resignation that his profession feels like a relic of the past, and one with a future about as dim as that fire is bright. It’s a milder version of the feeling that’s driven Toby to turn to theft as his last resort. Second, there’s the Rangers’ reality check that the ranchers are on their own in this corner of West Texas—as, it would seem, are they.

Hell or High Water, which opened to much acclaim at the Cannes Film Festival in May, hits theaters on Aug. 12. 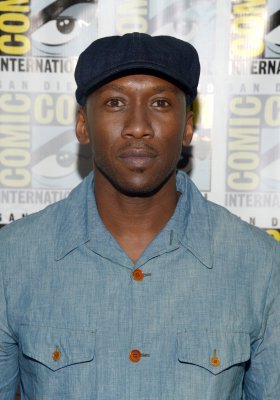 Watch the Trailer for Barry Jenkins' Buzzy Drama Moonlight
Next Up: Editor's Pick