A photo of Olympic rock stars Michael Phelps and Katie Ledecky meeting ten years ago at an autograph signing has lit up the Internet.

The 2006 image showing a 21-year-old Phelps giving his young fan an autograph first appeared in a 2014 New York Times profile of Ledecky, courtesy of her family. ESPN reporter Darren Rovell posted it Tuesday night, and it’s been retweeted 20,000 times as of Wednesday morning.

It may have seemed a tad early for the young athlete to form this world domination alliance with the world’s most decorated Olympian, but the two have become some of the most beloved superhumans in goggles to ever hit the pool, collecting so many triumphs in just a short amount of time that people suspect they’re actually sea creatures.

She would go far, this one. 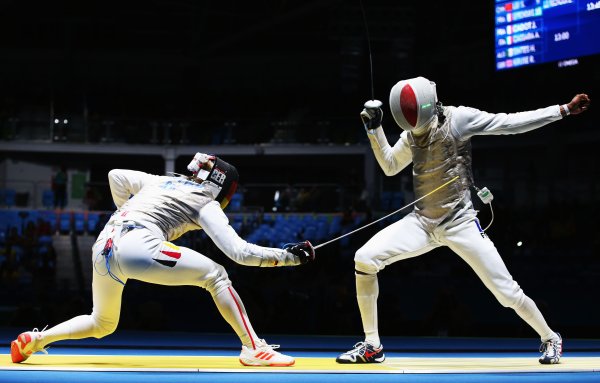 Watch This Olympic Fencer Drop His Cell Phone in the Middle of a Match
Next Up: Editor's Pick