Ed Sheeran’s hit song, Thinking Out Loud, copied core elements of Marvin Gaye’s Let’s Get It On, according to a new lawsuit filed Tuesday.

The heirs of Ed Townsend, who co-wrote the lyrics to Gaye’s classic in 1973 and created its musical composition, are suing Sheeran for copyright infringement, claiming the Grammy Award-winning artist essentially duplicated the “heart” of Let’s Get It On, Reuters reports.

“The Defendants copied the ‘heart’ of ‘Let’s’ and repeated it continuously throughout ‘Thinking,'” the lawsuit said, according to the news agency. “The melodic, harmonic, and rhythmic compositions of ‘Thinking’ are substantially and/or strikingly similar to the drum composition of ‘Let’s.'”

The lawsuit, filed in federal court in the Southern District of New York, asks for damages to be assessed at a jury trial, according to Reuters.

Sheeran’s wildly successful Thinking Out Loud was the first song ever to hit 500 million streams on Spotify, and it won Song of the Year at this year’s Grammy Awards.

Sheeran’s representatives did not immediately return a request for comment Tuesday.

The British musician is also being sued over his song, Photograph. Songwriters Martin Harrington and Thomas Leonard, who are seeking $20 million, say Photograph is nearly identical to their 2009 song Amazing. 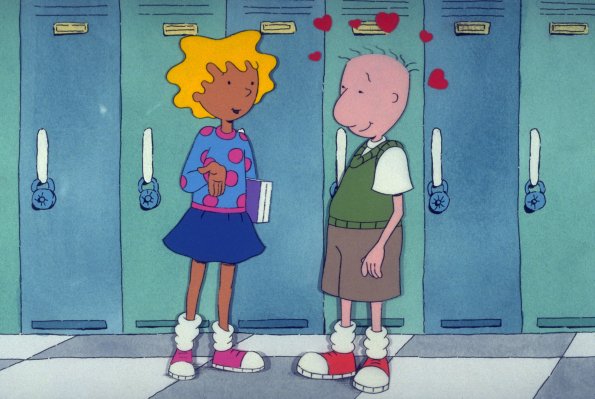 Doug Creator on Whether Doug Funnie and Patti Mayonnaise Ended Up Together
Next Up: Editor's Pick