The water in the Rio Olympics diving pool turned from a crystal blue to a murky green Tuesday due to a “proliferation of algae,” an official said.

The water at the Maria Lenk Aquatic Center, which puzzled many competitors and Olympic viewers after it mysteriously transformed colors Tuesday, is not dangerous to the athletes, Olympic organizers said in a statement.

The difference between the diving pool and the adjacent pool was highlighted in this tweet from the British diver Tom Daley.

“To ensure a high quality field of play is mandatory to the Rio 2016 organizing committee,” the statement said, according to the New York Times. “Water tests at Maria Lenk Aquatic Center diving pool were conducted and found to be no risk to the athletes’ health.”

Officials said they were investigation the cause of the “situation.” However, Rio spokesman Mario Andrada told the Associated Press that the culprit behind the color change was “a proliferation of algae.” “This was because of heat and a lack of wind,” he said.

Andrada added that chemical tests were conducted and that the pool should be blue again soon.

The color change came ahead of the women’s synchronized diving final Tuesday night. Officials said they were “pleased to say the competition was successfully completed.” 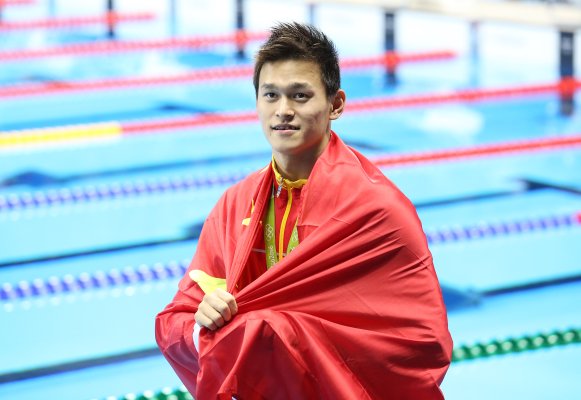 Is Chinese Swimmer Sun Yang Really a Drug Cheat?
Next Up: Editor's Pick