Brazil Rules in Favor of Impeachment Trial for Suspended President

An impeachment trial for Brazil’s suspended President Dilma Rousseff will go ahead, after the Senate voted Wednesday to approve the measure in a move that could see her removal from office.

The Senate voted 59-21 in favor of trying Rousseff, who is accused of illegal accounting practices and tweaking the country’s budget to cover up its struggling economy, according to Agence France-Presse.

Rousseff has consistently denied any wrongdoing and denounced the impeachment trial as a coup. Her allies have argued that opposing lawmakers are embroiled in far worse corruption cases.

The ongoing political and economic crises raised concerns over Brazil’s ability to host the 2016 Olympics, a first for a South American country. Since Rousseff’s suspension in May, her unpopular Vice President Michel Temer has served as the interim leader and was met with boos while speaking at the opening ceremony on Friday.

The five-day trial is set to occur in the days following the Olympics closing ceremony on Aug. 21. If Rousseff is removed from office, it would end 13 years of leftist rule in Brazil. 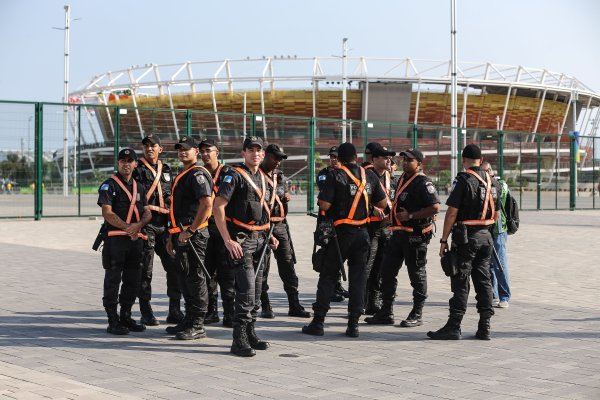 U.S. Assigns 1,000 Spies to Protect Olympics
Next Up: Editor's Pick