On Tuesday night in Rio de Janeiro, American swimmer Michael Phelps won his 20th and 21st Olympic gold medals. He anchored the winning team in the 4×200 freestyle relay, not long after he won the 200-m butterfly — his specialty, which he lost in the 2012 London Games in a crushing defeat to South African swimmer Chad le Clos. (Le Clos finished fourth in the event on Tuesday night.)

Phelps’ history of success is well documented — he’s been a fixture of the Summer Olympics since 2000, when he was the youngest man to swim for the U.S. in nearly seven decades, and today stands as the most decorated Olympian ever — but Americans were pumped up all the same.

One Twitter user pointed out the success of Phelps’ career — relative to other nations.

Unsurprisingly, the Internet saw potential memes and rolled with it. 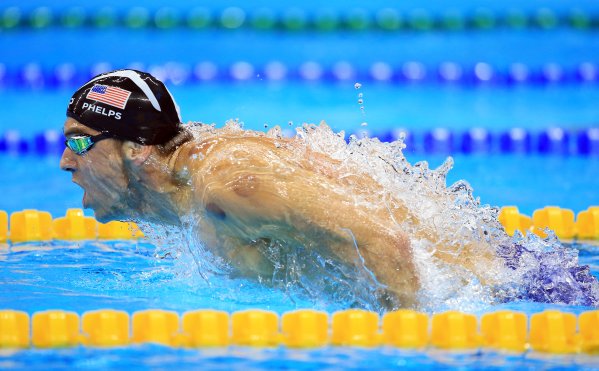 Phelps, Ledecky Make It an Olympic Night to Remember
Next Up: Editor's Pick