A sign stands at the main entrance to the campus of Brigham Young University in Provo, Utah, U.S., on Tuesday, Sept. 1, 2009. People in the Mormon community, including college students, were the targets of a fraud perpetrated by record producer Henry Jones and Tri Energy Inc., the U.S. Securities and Exchange Commission alleges.
George Frey—Bloomberg / Getty Images
By Sarah Begley

Brigham Young University has announced that it is under federal investigation for its sexual assault policy.

The Mormon-owned university said it found out on Thursday that the U.S. Department of Education’s Office of Civil Rights was investigating the school, alongside more than 200 others, on questions about the way it handles reports of sexual violence, the Associated Press reports.

The school came under fire after students pointed out that some who reported they were the victims of sexual assault could subsequently be investigated themselves for violating an honor code that prohibits “sexual misconduct.” Former student Madi Barney came forward publicly with her own story this spring, saying she found out that she was being investigated for a potential honor code violation after she reported her sexual assault. She subsequently said she received a notification from the U.S. Department of Education’s Office of Civil Rights that her report led to the investigation of the school.

BYU did not say what report led to their investigation, but acknowledged the report was filed in the spring. U.S. Department of Education Press Secretary Dorie Turner Nolt confirmed that the federal investigation was opened on Thursday, and that it is examining sexual harassment and sexual violence and retaliation. 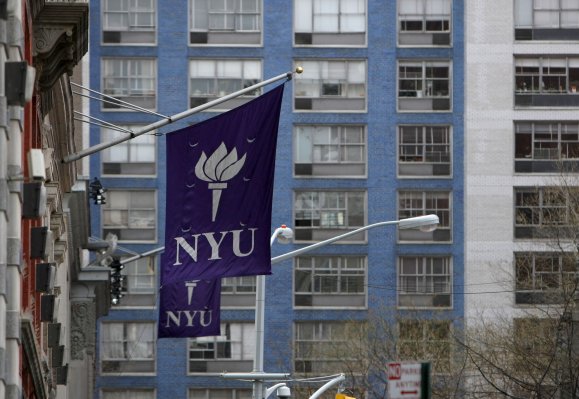 NYU Will Ignore Common Application Questions on Criminal History
Next Up: Editor's Pick