The Magic Is Gone but Harry Potter Will Never Die

J.K. Rowling’s blockbuster Harry Potter franchise may never die, but for many longtime fans, the magic has.

On July 31, Harry Potter and the Cursed Child, a new play based on a story by Rowling, Jack Thorne and John Tiffany premiered at the Palace Theatre in London’s West End. The play, along with a book publication of its script, is the first significant addition to the Potter universe since the credits rolled on the second Deathly Hallows movie in 2011.

Harry Potter stands peerless in the realm of literary hits, so Cursed Child was an assured commercial success even before it debuted. Yet the way Rowling has kept her literary universe alive has rubbed some fans the wrong way.

This is because the Potter scribe has upended the traditional relationship between author and fictional world. For years, Rowling sent mixed signals about whether more Harry stories could be on the way. As a result, readers accepted the original seven books as “canon.” New pieces of information about the Wizarding World—the revelation, for instance, that Dumbledore was gay—amused some fans but dismayed others.

While some welcomed the chance to get a new story about the Boy Who Lived, others have grown weary of character updates in the form of Rowling’s tweets (Hogwarts tuition is free!) and new digital short stories (All about the American Hogwarts!). These fans would rather remember the story as it ended with the seventh book, rather than meddling with the fictional world years later. (Indeed, some of these fans didn’t even like the tidy summing-up in the Deathly Hallows epilogue.) They’re happy to re-read the old books again and again.

Cursed Child seems to have brought that tension to a head. Sample headlines: “After 20 years of Harry Potter, the boy who lived needs to die already,” Quartz; “Harry Potter and the Curse of Continuation,” The Atlantic.

Professional Potter aficionado Melissa Anelli is mystified by such criticism. “I don’t understand Potter fatigue,” she says. “When I love a story, I want as much of it as I can.” In fact, she found a new favorite character in Cursed Child: Scorpius Malfoy, who she calls “a beacon of joy.” But Anelli, author of Harry, A History and head of fan conventions like LeakyCon, GeekyCon and BroadwayCon, does sense a backlash from fans who don’t want Rowling to keep meddling with the canon. “I think everybody has the right, obviously, to choose what media they consume,” she says. “What I don’t understand is when people tell J.K. Rowling to stop. I don’t get that at all … To tell somebody like J.K. Rowling, ‘Don’t create anymore,’ why would you say that?”

Others approached Cursed Child with enthusiasm but found it lacking. While professional critics overwhelmingly gave the stage play positive reviews, assessments of the script-book were mixed. Besides the handful of readers who had no idea the book was a script and were outraged not to get a new Potter novel, many missed the description and detail of Rowling’s prose.

Others felt the plot read like fan fiction, with its revisiting of the original novels’ plot points, its cameos of beloved characters, and its too-satisfying outcomes; Hermione, for instance, is Minister for Magic and Ginny is the sports editor for the Daily Prophet. “The plot was bad, almost everything was bad,” wrote one reviewer on Amazon. “It was like a poorly written fanfic.” Another added, “I’m worried that this has tainted the first books for me. I don’t want to read Goblet of Fire and picture Albus and Scorpius (and Scorpius 2) there during all three tasks. Ultimately, this story adds nothing, only subtracts.”

But for some fans, there’s a reason events that feel straight out of fan-fiction—like the partnership of Draco with the golden trio—turn up in this plot. Anelli believes the fan-fiction friendly plot is a tribute to devoted readers who “can sense what a character’s trajectory is going to be. So all these guesses that people have made over time in quote-unquote ‘fan-fic’ are actually pretty close to what it should be, to what was right to happen.”

Commercially, Cursed Child is already a smash success: the script-book sold 2 million hardcover copies in North America its first two days—and 3.3 million in its first week. Add the U.K. sales to that, and it tops 4 million in the first week. That’s a huge deal for any book, and unheard of for plays, which usually have initial printing in the four-figure range if they’re from a noteworthy playwright. Still, it’s worth comparing figures with 2007’s Harry Potter and the Deathly Hallows, which sold 8.3 million copies in the U.S. in its first 24 hours. The initial printing for Cursed Child was 4.5 million copies in the U.S. and Canada—again, massive for a play—compared with 12 million for Deathly Hallows. (Global HP book sales exceeded 450 million copies, and film adaptation have grossed $7.7 billion worldwide.)

Scholastic VP Arthur Levine, publisher of the Arthur A. Levine Books imprint (which published the series in the U.S.) said in an interview with TIME shortly before the book’s publication that he doesn’t anticipate Potter fatigue. Asked whether he thinks readers will say “no more!” to new Potter stories, he said, “I think as long as what’s coming out is fresh and really good and strong in its own right, I don’t have any concerns. Maybe if J.K. Rowling were a lesser writer, I would have concerns, but she’s a great writer.”

Of course, Rowling didn’t actually write the text of the play herself—Jack Thorne did. But she did write the screenplay for the upcoming film Fantastic Beasts and Where to Find Them, which will also be published as a screenplay-book (despite already existing as a book in another form). That film centers on Newt Scamander (Eddie Redmayne), the author of a Hogwarts textbook, and takes place in America in the 1920s. It’s already slated for two sequels, the first to be released in 2018. Warner Bros. also just sold the commercial TV rights to the first eight movies as well as the upcoming Fantastic Beasts films to NBCUniversal, where they will run mainly on USA and SyFy, for a massive sum rumored to be as high as $250 million, according to the Wall Street Journal.

There’s no question whether the second wave of Harry Potter content will make money. Obviously, it already has. But the difference between a lukewarm reception versus a rave for new books and movies could make for a significant revenue difference. (Not that Rowling has anything to fear in that department—she’s consistently ranked one of the highest-earning authors in the world.)

No, future Wizarding World books and movies likely won’t capture the eyeballs and wallets that the original series did—where hits like Potter are concerned, lightning doesn’t strike twice, not even on the forehead of the Chosen One. But Rowling knows that better than anyone—as she told Anelli in an interview for Harry, A History, she didn’t expect to get the Deathly Hallows-level fanfare ever again, and anyone who did expect it was being unreasonable.

But no matter what happens with Cursed Child, Fantastic Beasts, Pottermore and whatever other Wizarding content may come, this much is true: Every year, a new set of children turn eight years old. From a business perspective, they’ll keep buying books for generations to come—as Anelli puts it, “That’s the beautiful thing about it being books. This is harder to do with movies because the technology changes so fast, and the way you see the movie changes so fast, an eight-year-old coming to the first three Star Wars movies today—it has to be explained.”

But a book explains itself. And from a reader’s perspective, Harry Potter and the Sorcerer’s Stone and the six books that follow will always enchant. In 2116, there will still be eleven-year-olds hoping to get their Hogwarts acceptance letter—and no amount of Cursed Child criticism can undo that legacy. 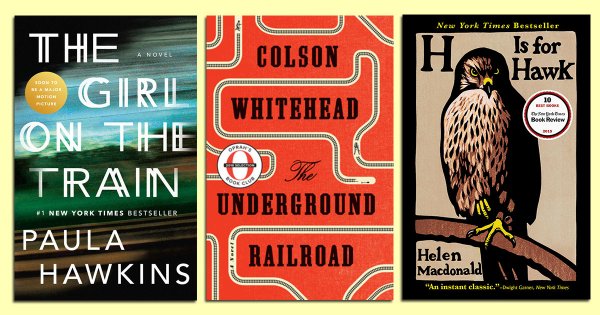 Here's What President Obama Is Reading This Summer
Next Up: Editor's Pick