For a brief, glorious interlude in 2009, Taylor Swift and Taylor Lautner dated each other, giving us all the chance to bask in the idea of Taylor, squared.

Alas, as most celebrity relationships are wont to go, it ended after plenty of media coverage, and in keeping with her brand, it inevitably spawned a song on her album, Speak Now, titled, “Back to December.”

Now, nearly seven years after the Taylor’s split, Lautner’s Scream Queens co-stars, Lea Michele and John Stamos coaxed Lautner to open up about how he really felt about his time with Taylor and more importantly, what he really thought of the song she wrote about him.

When prompted by Michele, who told him, “You dated Taylor Swift, I remember that,” Lautner responds by telling her that he now finds the prospect, “hilarious.” As for her writing the song, “Back to December,” post-relationship, Lautner said, “That’s what she does.”

The upside of sharing his feelings about Taylor Swift for Lautner? The actor found a kindred spirit with Stamos, who revealed that he was also the subject of a former flame’s music: Paula Abdul’s “Cold-Hearted Snake”. Watch the full video below. 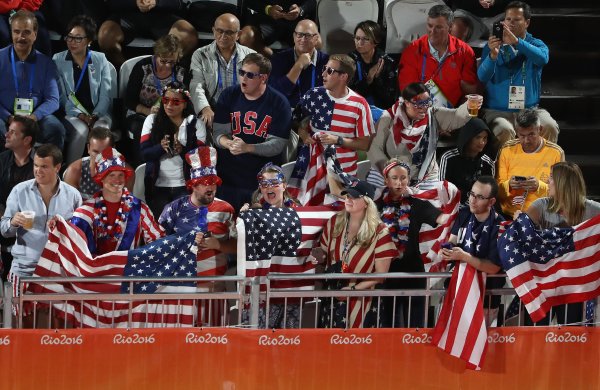 These Olympic Grandmas Are the Real Rio 2016 Winners
Next Up: Editor's Pick