This Selfie Is Bringing North and South Korea Together

Millions of selfies are taken each day, but one, taken by two Olympic gymnasts, has captured the world’s attention.

During an Aug. 4 practice session, 17-year-old Lee Eun-Ju of South Korea and 27-year-old Hong Un-Jong of North Korea took a moment to smile together. The simple act has been widely praised around the Internet as an exercise in good sportsmanship, due to their respective nations’ hostile relationship. The act is even more significant this year, after the much publicized tensions between Lebanese athletes refused to share a bus with their Israeli counterparts, and U.S. swimmer Lilly King feuding with Russian swimmer Yulia Efimova.

“This is why we do the Olympics,” wrote TIME columnist Ian Bremmer, reflecting on the image. The tweet has already been shared more than 20,000 times.

Both gymnasts entered as individual qualifiers and were seen laughing and chatting before competing. The Rio Summer Olympics is Lee’s first Olympics competition, while Hong earned a gold medal at the 2008 Beijing Olympics. During the qualifying round, Hong Un-Jong advanced while Lee Eun-Ju finished in 57th at the uneven bars. 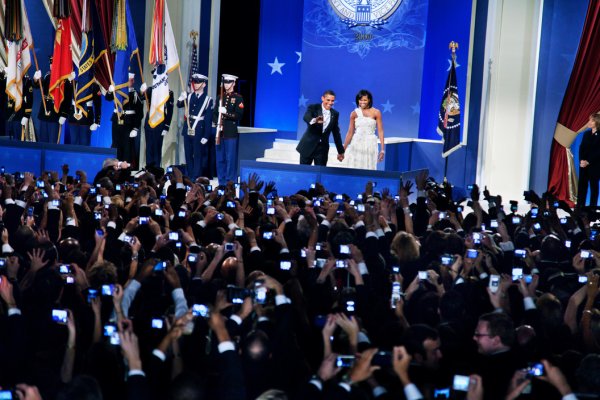 How Photography Plays a Crucial Role in Presidential Elections
Next Up: Editor's Pick