Why It Matters That Facebook Is Taking on Ad Blockers

Facebook has a message for the roughly 200 million people who use ad-blocking software around the world: Your plugin’s no good here.

The social network will now show advertising to desktop users who have installed software meant to block those ads, it announced Tuesday. The Menlo Park, Calif. firm is also rolling out new ways for users to control the kinds of ads they see. “Some ad blocking companies accept money in exchange for showing ads that they previously blocked, a practice that is at best confusing to people and that reduces the funding needed to support the journalism and other free services that we enjoy on the web,” reads a blog post from Facebook FB Andrew Bosworth. “Facebook is one of those free services, and ads support our mission of giving people the power to share and making the world more open and connected.”

With Tuesday’s move, Facebook is wading into a heated debate over how Internet companies make money. On one side are services and publishers who rely on advertising revenue to fund their operations, Facebook (and TIME) included. On the other are users who fundamentally dislike advertising, or want to cloak themselves from software served up alongside ads that can track users’ movements across the web. Further complicating matters are the ad-blocking firms themselves, some of which seek to extract payments from publishers to allow their ads to bypass the blockers, a business model some critics view as extortion.

Facebook coming down against ad blockers puts it firmly in league with online publishers, with whom it has a tricky relationship. The social network relies on content from publishers to give users something to see when they visit the site. (It has recently started paying publishers and celebrities to produce content, including TIME parent Time Inc.). In turn, publishers have come to rely on a steady stream of traffic from Facebook to meet their goals. But that traffic is unpredictable—indeed, recent changes in the way Facebook prioritizes content have adversely affected some publishers while benefitting others.

Tuesday’s move could reasonably be seen as a way for Facebook to say to publishers, “we’re on your side here.” (Another way to look at it: This is Facebook telling publishers that it alone has the power to fight the rising use of ad-blockers, so working with Facebook is in their best interest.)

On a practical level, Facebook’s changes could have a muted effect. They will only impact people who visit the social network on a desktop computer, an increasingly rare group—over half of the company’s 1.71 billion monthly users now visit the site exclusively on mobile devices. Still, that the $362 billion firm is publicly taking a side one way or the other stands to have a big impact on the online ad debate moving forward. 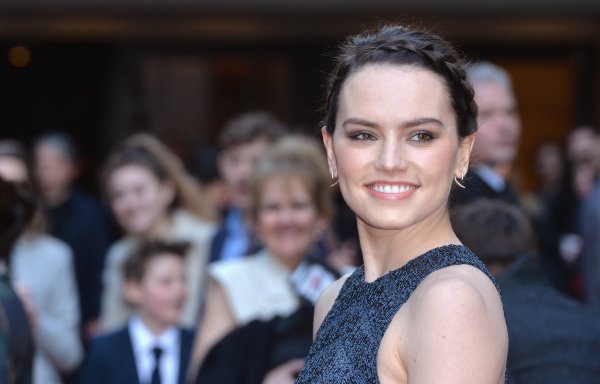 Daisy Ridley Quits Instagram After Harassment
Next Up: Editor's Pick