As with many democracies, South Africa’s municipal and district elections are widely seen as a referendum on the performance of the central government. And on August 3, 2016, South African voters clearly showed that the African National Congress, which has lead the country since the end of apartheid in 1994, has lost the people’s faith. In a race so tight that final results weren’t released for four days, the storied party of Nelson Mandela was shown to have received only 54% of the vote, down from 62% in 2014’s national elections.The ANC not only lost the capital, Pretoria, and its one-time stronghold in Nelson Mandela Bay. It couldn’t even hold on to the financial capital of Johannesburg, getting only 44% of the vote in South Africa’s largest city. The stunning upset reveals a population fed up with scandal, dismayed by continued economic decline and eager to shed the constraints of racial politics.

While a recent spate of financial scandals — the country’s highest court ordered President and ANC Party head Jacob Zuma to repay $16 million in state funds he used to upgrade his private residence earlier this year — provided an easy narrative of government corruption, the real issue of this election, according to opinion surveys conducted by the South African Institute of Race Relations, a Johannesburg-based policy group, was poor economic growth and unemployment. South Africa’s GDP is expected to grow by less than one percent next year, and unemployment is at 26.6%. “Voters may have expressed themselves in the loathing of Zuma,” says CEO Frans Cronje, “but the real issue is the economy. Our surveys show that first, they want jobs; they want to be middle class. The politics and the scandals clearly come second.”

To policy analyst and radio commentator Phumlani Majozi, the ANC’s setback is a promising sign of political maturity in a young democracy. “That historical loyalty to the ANC, to the struggle for liberation, doesn’t work any more. Now our politicians are being held accountable for economic growth and job creation. And that is a good thing for the development of the country.”

So too is the fact that voters seemed to renounce the idea that blacks should only vote for black parties.For years, the ANC has been able to dominate South African politics because the main opposition party, the Democratic Alliance, which was founded five decades ago by white anti-apartheid activists, was largely seen as a white party. But the DA’s complexion has changed over the years, and is now lead by the young, charismatic Mmusi Maimane, even as several other senior leaders remain white. In the run up to the August elections, rival politicians sought to portray Maimane as a puppet for South Africa’s economically powerful white minority, which makes up 10% of the population. It didn’t work. This time around, says Majozi, voters moved beyond race and historical loyalty in favor of platforms and ideas. In the largely black Nelson Mandela Bay metro area, voters chose Athol Trollip, a white commercial farmer, for mayor. “Don’t get me wrong,” says Majozi, “race still matters in South Africa. But now that Maimane leads the DA, and several other black politicians have joined as well, it means that voters no longer see the party as a white party, but a party that can provide jobs and economic development. That is huge.”

If the DA heads up an effective government in Nelson Mandela Bay in the three years leading into to 2019’s presidential election, it could even threaten the ANC’s historic dominance. Cronje notes that few of South Africa’s so called “Born Frees”—those born after the end of apartheid in 1994—voted this time around. Disappointed by the ANC’s performance, but not yet wowed by the DA, most stayed away from the polls, according to IRR surveys. Continued frustration with appallingly high youth unemployment, which hit 55% in 2016, could drive many to vote the ANC out of power in 2019’, says Cronje. “If the ANC cannot secure an economic turnaround then the race for 2019 will be extremely close. If GDP per capita keeps falling, or falls very sharply, we might even raise the prospect of a 2019 ANC defeat to a probability.” The legacy of Mandela notwithstanding, if loyalty to the ANC doesn’t deliver jobs, then South Africans won’t have to look far for an alternative. 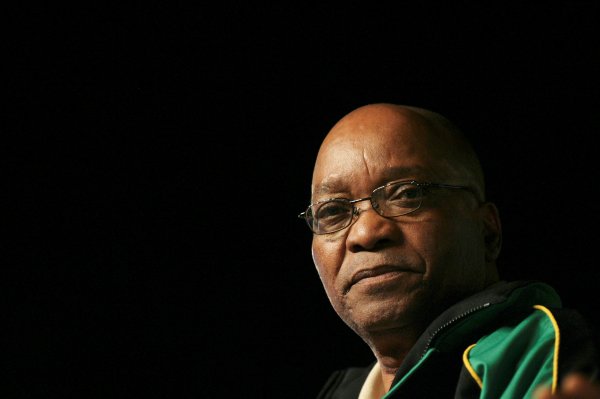 These 5 Facts Explain the Decline of Once-Dominant Parties like South Africa's ANC
Next Up: Editor's Pick