Ten-year-old Caleb Schwab was decapitated while riding what has been dubbed the world’s tallest water slide at the Schlitterbahn Water Park in Kansas City, police said.

The case is being investigated as a civil rather than criminal matter, yet details are vague and authorities have disclosed little information about what caused the tragic accident. Questions remain over how exactly Caleb died, including whether the ride or safety equipment — as well as the Velcro straps and belt holding him into the raft — malfunctioned.

Caleb Schwab, the son of a state lawmaker, sustained a fatal “neck injury” at around 2:30 p.m. while riding the 168-foot-tall “Verruckt” (meaning “insane” in German) water slide, the Associated Press reports. Police confirmed to TIME on Tuesday that the boy was decapitated in the accident. He was found dead at the bottom of the ride in a pool.

Schwab boarded the raft with two women who were not related to him. They both suffered minor cuts and scrapes on their face in the incident.

The Wyandotte County coroner’s office conducted an autopsy on Monday but it is unclear whether they will publicly release the results.

Caleb’s parents, Republican state Rep. Scott Schwab and his wife, Michele said in a statement Sunday: “Since the day he was born, [Caleb] brought abundant joy to our family and all those he came in contact with.” A memorial service is planned for Friday, according to ABC 7 News.

The park issued a statement Monday saying it was “deeply and intensely saddened for the Schwab family and all who were impacted by the tragic accident.” The water park closed following the incident and will remain shuttered until Wednesday at the earliest, although the slide will not reopen.

Witness Kelsey Friedrichsen said she was about to ride the waterslide when she saw emergency responders below covering the boy and attending to the two injured. “It looked like he must have somehow been ejected from his seat, bounced around between the netting and the slide and just slid down,” she told PEOPLE.

Another witness, who had gone down the slide earlier that day, noted that his cousin’s 14-year-old daughter, who was in the raft with him, complained that the Velcro on her safety belt had come undone, reports ABC 7 News. The witness, Esteban Castaneda, said he heard booms before seeing the boy wash down the slide after the raft.

Verruckt is one of the water park’s main attractions. Passengers board a three-person raft and experience a 17-story drop before being “blasted back up a second massive hill” to drop down another 50ft. Riders must be at least 54 inches tall and the group cannot weigh more than a combined total of 400 to 550 pounds, according to the park’s website.

Certified by the Guinness World Records as the world’s tallest, the slide is no stranger to controversy. Its scheduled opening back in 2014 was delayed reportedly due to alarming complications including one that saw water rafts detach from the slide and fly off into the air.

Schlitterbahn co-owner, Jeff Henry, reportedly said that there were engineering challenges behind the design with calculations originally based on roller coasters rather than water slides, according to USA Today. However, after a redesign and more tests, Henry said the ride, although still dangerous, was safe: “it’s a safe dangerous now.”

After Caleb’s death, advocates urged officials to step in to change how the amusement park industry is run.

There is no single federal agency responsible for enforcing rules and regulations at Schlitterbahn, which is monitored by the state’s Department of Labor. The U.S. Consumer Product Safety Commission only has jurisdiction over traveling amusement parks, like pop-up carnivals.

Advocates say that lack of federal oversight, and the fact that regulations vary by state, is problematic since there is no uniform way to oversee the industry.

Read more about other injuries at Schlitterbahn in Kansas here.

“Something more has to be done. We owe it to this child’s family,” said Nancy Cowles, executive director of Kids in Danger, a nonprofit that works to improve safety related to children’s products. 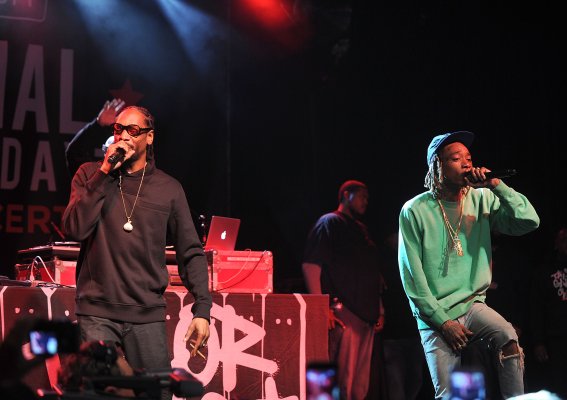