The Simpsons Will Air Its First Ever Hour Long Episode

Homer promises Marge the trip of a lifetime in the To Courier with Love episode of The Simpsons.
FOX—Getty Images
By Dan Snierson / Entertainment Weekly

The Simpsons will hit an impressive milestone this fall — 600 episodes — and this winter they’ll reach another big number: the 60-minute mark.

The animated Fox comedy will offer up an hourlong episode (including commercial time) that is a hip-hop homage to The Great Gatsby and features such guest voices as Taraji P. Henson and Keegan-Michael Key, the network announced at the TCA Summer Press Tour on Monday. The closest that the series has come to a double-size episode is 1995’s two-part whodunit “Who Shot Mr. Burns?,” with the first part airing as the season 6 finale that May, and resolution arriving several months later with the season 7 premiere.

This mega-episode — which is titled “The Great Phatsby” and airs in January — also centers on that merciless, geriatric tycoon who owns the Springfield Nuclear Power Plant. “The Great Phatsby” riffs on F. Scott Fitzgerald’s classic Roaring Twenties novel The Great Gatsby while chronicling the destruction of a friendship between Burns and an enigmatic hip-hop mogul named Jay G. (Jay G. Jay Gatsby. Get it?) “This was just going to be a regular episode, but the table read went so well, in a fit of passion and excitement and ambition and excess, we decided to supersize it,” Simpsons executive producer Matt Selman tells EW. “And we haven’t done a huge amount of stories in the world of hip-hop and rap culture, so we just went for it.”

Much of the episode is set at Burns’ summer mansion in the Springfield Hamptons, with Homer serving as narrator who becomes entangled in the story, similar to Nick Carroway in the book. “Burns is an old-school Gatsby and Jay G is a new-school Gatsby,” notes Selman, “and their mutual Gatsbyism brings them together.” After becoming fast friends, Jay G slyly “seduces Burns into the excesses of the hip-hop lifestyle,” according to Selman, and when Burns winds up bankrupt, Jay G takes over the nuclear plant. “Part 1 of the show I would subtitle as ‘The Betrayal,’ and part 2 I would subtitle as ‘The Revenge,’” he says. “It’s kind of like a two-part rap album.”

Later in the episode — which also sees Lisa get a wealthy boyfriend and Marge open a boutique store — Empire star Henson voices a character named Praline (Praline. Cookie. Get it?) “She plays a Simpsons version of Cookie,” says Selman. “She teams up with Burns and Homer and Bart and our all-star team of rappers to help get revenge on Jay G.” Also on the revenge squad is rapper Jazzy James (Key), one of Jay G’s original collaborators who has a score to settle from 20 years ago.

Henson isn’t the only Empire force coming to Springfield. Selman & co. tapped Jim Beanz — who produces music for the Fox drama — to create original hip-hop songs for this episode, including a betrayal rap and a revenge rap.

“It’s a tale of greed, excess, betrayal, revenge, and ruthlessness,” sums up Selman of the episode, “and there’s a hilarious goose in it. The goose is really funny.” 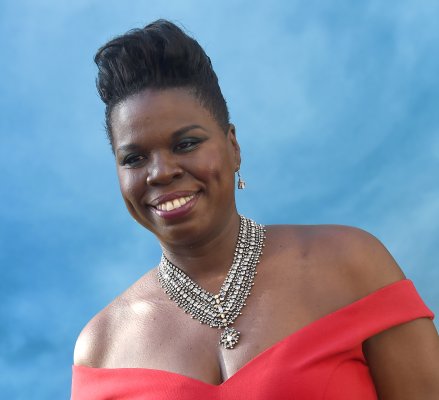 Leslie Jones Is Officially Heading to Rio to Join NBC's Olympics Coverage
Next Up: Editor's Pick