The U.S. Dollar Hasn't Been Linked to Gold for 45 Years. Here's Why

It was 45 years ago, on Aug. 15, 1971, when President Richard Nixon announced that the decades-old monetary system that had controlled the U.S. dollar—and thus the world’s currency values—for more than three decades just wasn’t working anymore. To most Americans the news, known as the “Nixon shock,” wasn’t actually shocking. War in Vietnam had drained America’s resources, world currency speculation was rampant and 1970 saw the biggest deficit thus far in U.S. history.

“In the past seven years, there has been an average of one international monetary crisis every year,” Nixon said in his speech outlining his new economic policy. “Now who gains from these crises? Not the workingman; not the investor; not the real producers of wealth. The gainers are the international money speculators. Because they thrive on crises, they help to create them. In recent weeks, the speculators have been waging an all-out war on the American dollar. The strength of a nation’s currency is based on the strength of that nation’s economy—and the American economy is by far the strongest in the world. Accordingly, I have directed the Secretary of the Treasury to take the action necessary to defend the dollar against the speculators.”

That action? To “suspend temporarily the convertibility of the dollar into gold.”

When Nixon announced what was coming, TIME explained why the move was on its way:

There was, essentially, no going back, despite Nixon’s “temporarily” caveat. In the decades that followed, the U.S. and world economies would rise and fall and rise and fall, without the help of gold. Even decades later, however, the lure of gold still calls to many so-called goldbugs. 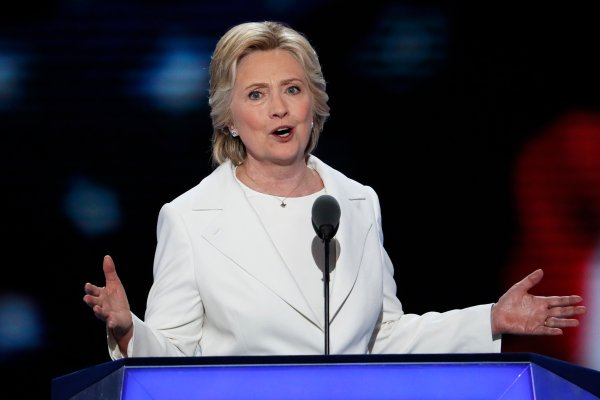 How Hillary Proved She’s an Economic Progressive
Next Up: Editor's Pick