Westeros is coming to a concert venue near you. In order to tide over fans before season seven of Game of Thrones premieres next summer, series composer Ramin Djawadi announced Monday that he is going on tour with a full orchestra, choir and high-tech visuals in tow across America. He will play the greatest hits from Game of Thrones accompanied by scenes from the show, with some footage shot exclusively for the tour.

The first concert, which Djawadi describes as “an immersive visual experience,” will be held on Feb. 15, 2017 in Kansas City, Mo., before stopping in cities like New York and Los Angeles. Tickets go on sale Aug. 13 on the Live Nation website. TIME spoke to Djawadi about the tour and how he dreams up the music that keeps bringing audience’s to tears, from Daenerys’ victories to Hodor’s death.

Game of Thrones‘ score has to elicit emotions (often of sadness or horror) from its audience. How do you think hearing the music in a stadium surrounded by fellow fans will affect concertgoers.

The idea behind this is to showcase how the music enhances those experiences for the audience. There’s some great, big exciting moments, like for example “Mesa,” which was when Daenerys frees all the slaves and people will remember that very uplifting moment, but then we will perform some of these heartbreaking moments with real musicians. That’s always very special too because when you see live musicians perform music they put their own emotion into it, and you see a violinist and how their body moves. I think that’s so powerful.

True, like people were very uplifted at the end of season six when Daenerys set out on her ships to Westeros. There were no words in that scene, just the visual of her on that ship and the music. How do you bring the audience to that emotional place?

That was the first time in the history of the Game of Thrones score we used the piano. That really took people by surprise, and it was a pleasant surprise. There was really a lot of chatter about this particular piece of music. That was incredible to see.

Another emotional musical moment for Thrones fans has been “The Rains of Castamere” in the Red Wedding episode. George R.R. Martin had actually written lyrics for that song in the book, and some fans had imagined their own versions when they were reading the novels. Did you you feel particular pressure to execute that song?

You’re right: the book people maybe already had a certain expectation of what the sound could be or what the music should be like. “The Rains of Castamere,” and then also there’s another piece, “The Bear and the Maiden Fair,” both of those pieces had existing lyrics where I was sort of restricted. I had to find notes that fit to these preexisting lyrics. It’s definitely a different approach of writing a melody.

For “The Rains of Castamere,” that was written before I had even started on the next season. That was something when [creators] David [Benioff] and Dan [Weiss] called me up in between seasons and said, “Hey we have this song. It’s going to play a very important role down the road, and we need a theme for this.” Usually I write with the visuals onscreen, but I just wrote it with the lyrics and no visuals attached yet.

Do you have a favorite character to write music for?

Daenerys has had these big moments because the dragons are getting bigger and bigger and therefore her power is getting bigger and so she has these epic scenes. Her scenes definitely have been a lot of fun to write. I really enjoyed just using the big choir and full orchestra.

But it varies a lot. What I like about Game of Thrones is that there’s such a wide range. We have everything from very small just solo instrument pieces, just the solo violin or solo cello and then we go all the way to these bigger action moments.

There are some really unique instruments and sounds in Thrones. How do you come up with them?

What’s so great with Game of Thrones is that there are so many characters and they’re so many locations and that it’s just very inspiring. The visuals when we’re north of the Wall, when we’re with Daenerys in more of a desert setting—all that triggers for me to use certain instruments or to write in a certain way.

What’s exciting about this concert is that people will be able to see some of the instruments I’ve been using on the show, some solo instruments like for example a duduk, which is like an Armenian woodwind instrument or a dulcimer. There’s all these instruments that people might have never seen. Some of them are so specific that you can’t really use them on any other project but because it’s a fantasy world, but still very contemporary, musically we can create our own sound.

What’s been the emotionally hardest piece to write?

It’s hard to say, but the Hodor scene comes to mind. Like I mentioned earlier, I have to watch it over and over and I’m in my own world here so I get very emotional myself. That was very hard to write because I, just like many other people, like him so much, and here I am writing the sad music on top of it.

It can be a very dark show. As you said you watch these sad scenes over and over again. Can it take a toll?

Sometimes David and Dan will laugh because when I play a certain piece of music that are more happy they’ll go, “Ramin, wait. Did we hear a major chord there? Are we being happy?” We laughed about that because you’re right, it is so dark and there’s so many people dying left and right.

Arya, for example has had, even though there’s a lot of bad things that have happened in her life, but she has a couple of pieces that are very uplifting and we’re using the dulcimer for her. It’s this hammered string instrument that has a center sound and it’s kind of a pingy sound. On the latest soundtrack it’s called “Needle,” and that for example is a very uplifting piece. There have been other very emotional moments like for Season 3 I believe when John and Ygritte end up on the wall and they kiss and for the first time they look over the wall. 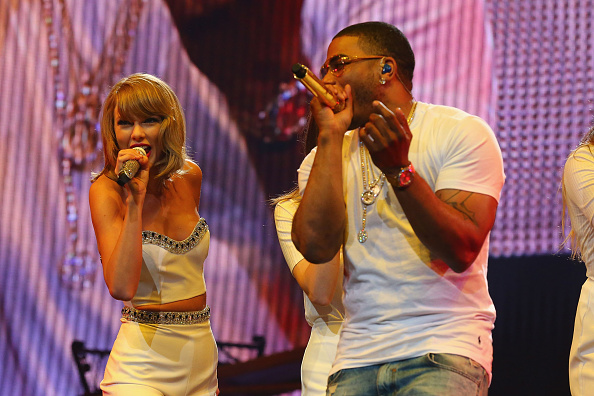