Another Poll Finds Hillary Clinton With Edge Over Donald Trump

On Monday, Monmouth University released a poll that showed Clinton holding a double-digit lead over Trump following the Democratic National Convention. The former Secretary of State is supported by 46% of voters, according to the poll, with 34% pulling for Trump. A combined 9% of voters are pulling for Libertarian Gary Johnson and Green Party candidate Jill Stein.

Since the Democratic convention wrapped in late July, polls have consistently shown Clinton with an advantage over Trump. An ABC News/Washington Post poll from Sunday found Clinton earning 50% support of registered voters compared to Trump’s 42%.

Despite Clinton’s lead, neither candidate is a voter favorite. Trump’s feud with a Gold Star family as well as a string of testy remarks over the past week seemed to have left a bad taste in voters mouths. According to the Manmouth poll, which was conducted Aug. 4 to Aug. 7, Trump has a 61% unfavorable rating and only 27% of voters think he has the right temperament to do the job. On the other hand, a significant number of voters think Clinton has lied about her emails, and the candidate has a 49% unfavorable rating. However, 61% of voters think she has the right attitude for the work.

The Monmouth University poll of 803 registered voters was conducted via phone interviews from Aug. 4 to Aug. 7. The poll has a margin of error of 3.5% points. 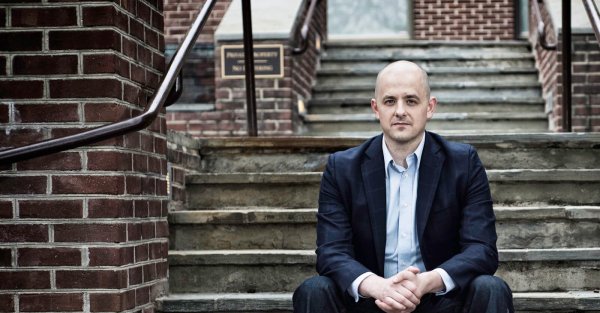 Here's One Sign That Evan McMullin Is Serious About Running for President
Next Up: Editor's Pick