The Ladies of the U.S. Women's Gymnastics Squad Are Living Their Best Lives in Rio

You might have heard these names by now because the five young gymnastics athletes are already highlights of Team USA in this summer’s Rio Olympics, crushing their preliminary rounds with ease. In the midst of the high-pressure stakes of the Games, though, they’ve also been taking full advantage of all Rio has to offer. Snaps with their Olympic heroes? Yes please. Breaks to play ping pong and foosball? Of course. Lots of goofy selfies? That, too.

Their enthusiasm and high spirits haven’t gone unnoticed; in a recent New York Times article, national team coordinator Martha Karolyi even said she’s had to ask the girls to “be more serious” and quiet down in the cafeteria. Take a peek inside the Olympic experience of five of the U.S.’s biggest stars:

Whether in matching bedazzled leotards or in identical off-duty tanks, the team is one tight unit.

They’re known for being a high-energy bunch, and weren’t even able to keep straight faces for this TV spot. “Always giggling,” Raisman noted in her caption. The giggling is a theme.

They’ve been having a grand old time on the media circuit, too, getting a chance to meet Ryan Seacrest and Hoda Kotb.

But that’s not to mention the other Olympians they’ve been befriending, including their gymnastics competitors…

Simone Biles also got a special shout-out from Kim Kardashian West — and their Twitter friendship is continuing to grow.

That said, it doesn’t seem like the fame is going to their heads. Behind the scenes, the girls are just like us: face masks and headwraps are de rigeur.

And sometimes they need to give each other a little love; here’s Raisman, who’s the oldest member of the team, tucking in Hernandez, who’s the youngest. 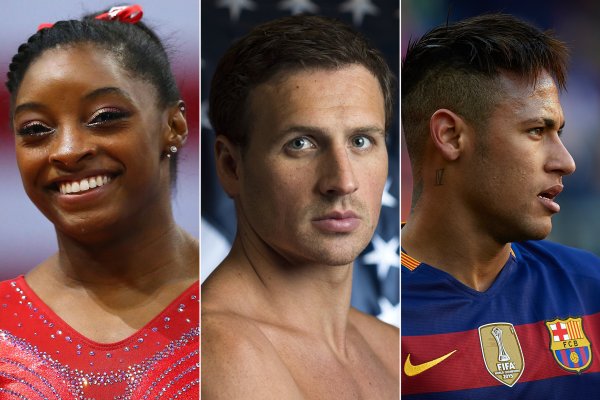 Here Are the 31 Olympians to Follow This Summer in Rio
Next Up: Editor's Pick