What Is Cupping? Here's What You Need to Know

This week everyone’s talking about cupping, a therapy that some Olympic athletes competing in Rio have been partaking of. It caught people’s attention this week because the therapy often leaves round marks that look like bruises on the skin, but it’s certainly not new. The practice has been used in ancient Chinese medicine for thousands of years as a way to treat pain, muscle stiffness and even respiratory issues.

Perhaps one of the most notable athletes to sport the signature cupping marks is Michael Phelps. Other athletes, including swimmer Natalie Coughlin have also embraced the practice, as you can see below. “That’s been the secret that I have had through this year that keeps me healthy,” said American gymnast Alexander Naddour, USA Today reports. “It’s been better than any money I’ve spent on anything else.”

So how does cupping work? Either heat or air is used to create a suction in special cups that are placed on the body. The vacuum that’s created pulls the skin and blood vessels in toward the cup, which is why they can leave marks on the skin. Cupping is thought to pull blood to a certain area, and improve circulation and loosen up muscles and joints. There’s also some suggestion that it has anti-inflammatory effects. In the U.S. it is sometimes used in addition to acupuncture or massage. A specialist can apply the cups, though as USA Today reports, some athletes say they are doing it themselves.

There is a difference between how cupping is practiced in traditional Chinese medicine and how it is used in Western medicine, says Dr. Brent Bauer, director of the Mayo Clinic Complementary and Integrative Medicine Program. Bauer says a traditional Chinese medicine practitioner would likely offer cupping as part of a larger integrative health check, which might include recommendations around nutrition and other health things, and not just as a one-off therapy. “It’s kind of an American phenomena, I think, to consider cupping by itself,” he says.

In traditional Chinese medicine, the theory is that cupping can influence the flow of energy or “qi” through the body, says Bauer. If someone’s flow is blocked or stagnant, a practitioner might use cupping to impact the flow. Western practitioners may focus more on what the therapy might be doing to muscles or blood flow.

Some question whether there’s enough clinical evidence to say cupping is definitely effective—though it has been studied.

A 2010 review of 550 clinical studies, including 73 randomized controlled trials—which are considered the gold-standard study in the science community— concluded that the “majority of studies show potential benefit on pain conditions, herpes zoster and other diseases.” None of the studies reported serious bad health outcomes from the practice. Another 2014 review of 16 studies with 921 people reported short-term pain reduction from cupping.

“I think you have to step back and say, if this has been part of an organized medical system for three thousand to five thousand years, we probably shouldn’t be too quick or too arrogant to dismiss it out of hand as Western scientists sometimes do,” says Bauer. “On the other hand, just because something has been around for that long doesn’t mean we should embrace it willy nilly.” 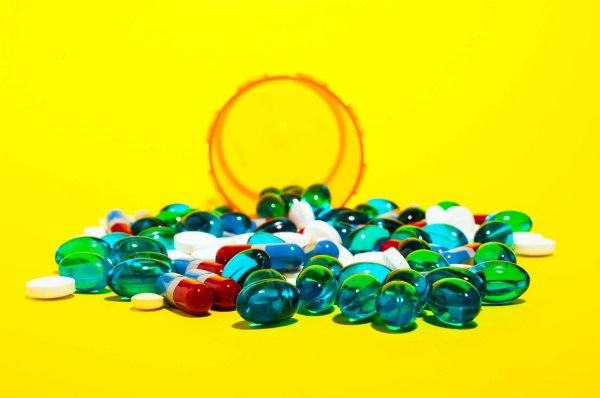 7 Medications That Can Make You Extra Sensitive to the Sun
Next Up: Editor's Pick