If you’re a developing species with dreams of dominating your home planet one day, you’re going to have to do two things first: grow a big brain and get yourself a nice set of opposable thumbs. With a big brain you can figure out how to use tools and with opposable thumbs you can pick them up.

Human beings had the brain and the thumbs down even before we were fully human, but when we actually started using tools was open to question. Now, a study in the Journal of Archaeological Science has found firm evidence that hominins used tools to butcher and prepare animals for eating as long as 250,000 years ago, or at least 50,000 years before the earliest modern humans appeared in Africa. That, in turn, may reveal a lot about all human development that followed.

The discovery was made by a group of researchers led by anthropologist April Nowell of the University of Victoria in Canada. She and her team went looking for ancient artifacts in a place you wouldn’t think of as a garden spot for proto-humans: the arid lands of northeast Jordan. Just because a region is dry today, however, doesn’t mean it was always that way, and the spot that interested Nowell is still known as the Azraq Oasis, in a nod to the spring-fed wetlands it once was. In the late 20th century, however, the water was diverted to serve urban settlements and the former oasis dried. That, as it turned out, was a boon to archaeologists.

As the water vanished, the area revealed multiple geological strata from a deep bedrock up through nine different layers of dry silt and sediment. Searching in an upper stratum corresponding to a period one quarter of a million years ago, Nowell and her colleagues hit paydirt—10,000 different tool artifacts made from flint, river stones, and other local materials. The most intriguing of the items were the ones that appeared to be projectile points, scrapers and especially ax heads—what archaeologists playfully call the Swiss Army knives of the paleolithic period (from 2.5 million to 10,000 years ago).

Of those, the researchers selected 44 especially well-preserved artifacts and subjected them to antiserum testing looking for proteins, specifically proteins from animals—most specifically proteins from animals that would have been used for food. The surfaces of the tools would have long since been worn clean of any such traces, but the microscopic cracks on and around the blades might still hold evidence. And, as it turned out, they did.

On 17 of the tools, the investigators found protein markers indicating the blood of rhinoceros, duck, horse, camel and wild cattle. All of them would have been indigenous to the once-verdant region—and the fact that their blood was found on the blades would indicate not just the development of tools used to butcher, but, by implication, larger ones used to hunt and kill the prey in the first place. The ducks, easily the smallest and most elusive of the game, might have been the last to fall to human ingenuity. You can hardly bring down a duck with a spear, but, the researchers speculate, the hides of the larger animals could have have been used by pre-humans simply to throw over unsuspecting ducks as they nested.

All of the early hunting and butchering had cascading effects for later human species. Once we learned to prepare meat, we had a ready source of protein that, according to one study published last spring, went a long way toward furthering the growth of the body’s most calorie-intensive organ—the brain. And once we learned to cook meat, it allowed for smaller, less muscular jaws and other changes in the neck and cranium that favored a steadily larger brain.

Meat may not be something modern humans need as much—or even at all—as more and more diets allow us to get our protein from other sources. But it was an absolute necessity long ago; with the smarts to make the right tools and eat the right diet, we were able to get smarter and smarter still. 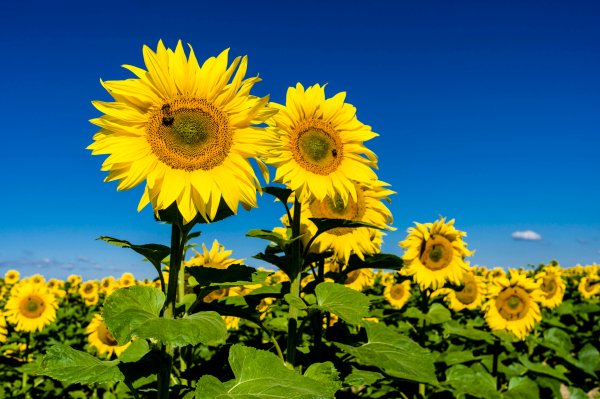