George R. R. Martin, the author behind Game of Thrones, has another TV project in the works.

The writer announced that the rights to his Wild Cards anthologies, a science-fiction superhero anthology, have been acquired by Universal Cable Productions. “The shared world of the Wild Cards diverged from our own on September 15, 1946 when an alien virus was released in the skies over Manhattan, and spread across an unsuspecting Earth,” Martin wrote on his LiveJournal.

“Of those infected, 90% died horribly, drawing the black queen, 9% were twisted and deformed into jokers, while a lucky 1% became blessed with extraordinary and unpredictable powers and became aces. The world was never the same.”

Martin went on to compare the Wild Cards series, made up of 22 volumes with thousands of characters, to the Marvel and DC Comics franchises — creators of Iron Man, Captain America, Batman and Superman.

“Wild Cards is a series of books, graphic novels, games… but most of all it is a universe, as large and diverse and exciting as the comic book universes of Marvel and DC (though somewhat grittier, and considerably more realistic and more consistent), with an enormous cast of characters both major and minor,” he wrote.

Martin wrote he hopes Universal Cable Productions will bring the series to television within the next two years. 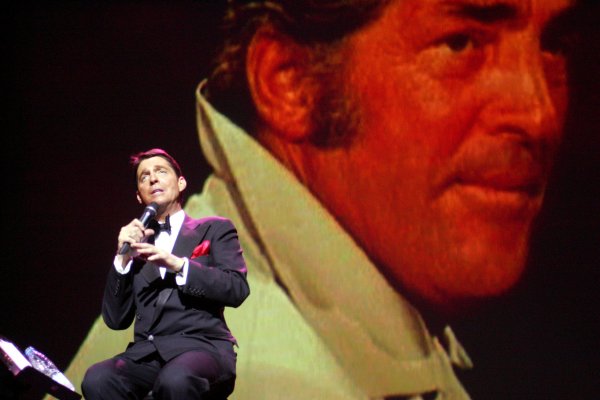 Ricci Martin, Son of Legend Dean Martin, Dies at 62
Next Up: Editor's Pick