Annemiek van Vleuten of the Netherlands leads Mara Abbott of the United States during the Women's Road Race on Day 2 of the Rio 2016 Olympic Games at Fort Copacabana on August 7, 2016 in Rio de Janeiro, Brazil.
Bryn Lennon—Getty Images
By Sports Illustrated

Van Vleuten was leading the 85-mile race at the time. The Dutch Cycling Federation announced she was conscious following the accident and headed to the hospital. Van Vleuten was later diagnosed with a concussion and three spinal fractures, according to Dutch outlet NOS. She is in the hospital in intensive-care.

Cameras captured the crash, which happened as she went around a curve, careening into the curb headfirst and laying motionless.

Van Vleuten tweeted later Sunday that she “will be fine.” 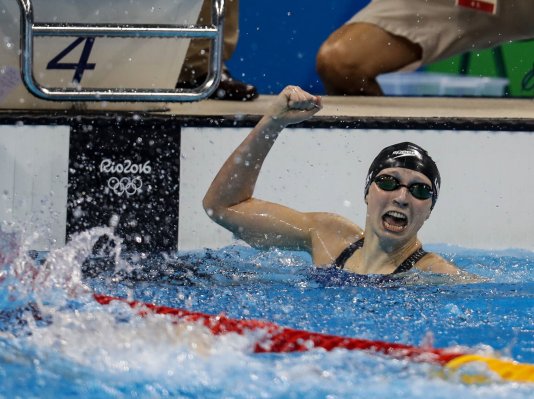