Hillary Clinton Just Wants to Remind You: Donald Trump Was a Birther

In case anyone forgot, Hillary Clinton sought to remind voters Saturday: Donald Trump was once the most famous of the “birthers.”

Clinton used a brief Twitter message to draw attention to her Republican rival’s past as a vocal proponent of the oft-debunked conspiracy theory that President Obama was not born in the United States. She tweeted one of Trump’s own Twitter posts from four years ago.

“An ‘extremely credible source’ has called my office and told me that @BarackObama’s birth certificate is a fraud,” Trump said on Aug. 6, 2012.

Clinton, in bringing the tweet back to life, said simply: “Four years ago today.”

In the run-up to the 2012 election, Trump, who in the early part of that race flirted with launching his own campaign, repeatedly claimed he had sent investigators to Hawaii, Obama’s birth place, and that it was “absolutely unbelievable” what they were finding. He never released any information to back up those claims, but his focus on the issue made him a favorite of grassroots conservatives and helped pave the way for his success in the 2016 election.

Trump has largely dropped the issue this time around—but he’s avoided acknowledging Obama’s citizenship either. Stephen Colbert asked him about the issue in an interview last September: “Barack Obama, born in the United States?”

“I don’t talk about that anymore,” Trump said.

Clinton has mentioned Trump’s role in the “birther movement” in speeches in recent months as she attempts to court moderate and independent voters turned off by Trump’s rhetoric on the issue.

Trump, meanwhile, continued to attack Clinton for saying she had “short-circuited” in inaccurately describing the head of the FBI’s critical comments about her use of a private email server. On Saturday, Trump called Clinton “brainwashed” and mocked her as robotic. 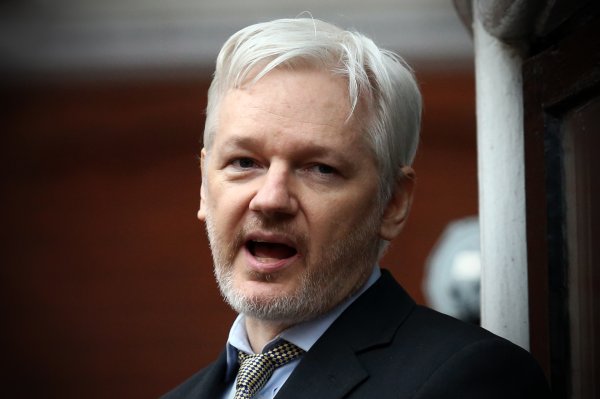