An estimated 8,000 children in Flint, Mich., were exposed to lead after the city switched water sources from Lake Huron to the Flint River, shown above, which one public health expert says will lead to $400 million in societal costs.
Carlos Osorio—AP
By Josh Sanburn

The water crisis in Flint, Mich., that exposed an estimated 8,000 children to lead and other toxins could amount to almost $400 million in future costs to the city and thousands of cumulative years of poor health for those affected, according to a new estimate released Monday.

Peter Muennig, a professor of public health at Columbia University, calculates that the elevated blood lead levels found in more than 8,000 Flint children since 2014 will lead to $395 million in social costs based on the likelihood of lower IQ levels for those exposed, leading to lost economic productivity, reliance on welfare and costs to the criminal justice system. Muennig estimates those losses will amount to 18,000 fewer healthy years for those exposed.

“It’s a huge cost even if it’s spread over a large group of people,” Muennig says.

Lead exposure in children ages five and under can cause severe neurological problems later in life and has been shown to decrease IQ rates and lead to a host of behavioral problems and an increase in criminal activity for those affected. The estimate, which is not part of a peer-reviewed paper but will appear in the Letters section of the August 2016 issue of the journal Health Affairs, is based on what Muennig calls a conservative estimate of $50,000 in lifetime economic losses for every exposed child.

In April 2014, Flint switched its water source from Lake Huron to the Flint River to save money but did not properly treat the water, which corroded the city’s aging pipes and allowed lead to leach into the system. The city made the switch in an effort to save roughly $5 million.

In an investigation into responsibility for the water crisis, Michigan Attorney General Bill Schuette has filed criminal charges against nine city and state employees, including six current and former employees on July 29. Prosecutors say employees at the state’s Department of Environmental Quality and the Department of Health and Human Services appeared to work in conjunction to cover up evidence that Flint’s water was not being treated with corrosion control and potential signs that residents were being exposed to lead. The attorney general’s office, which also filed criminal charges against two companies in June that were contracted to advise the city on its water system, says additional charges are possible.

The water in Flint is still unsafe to drink without a filter. 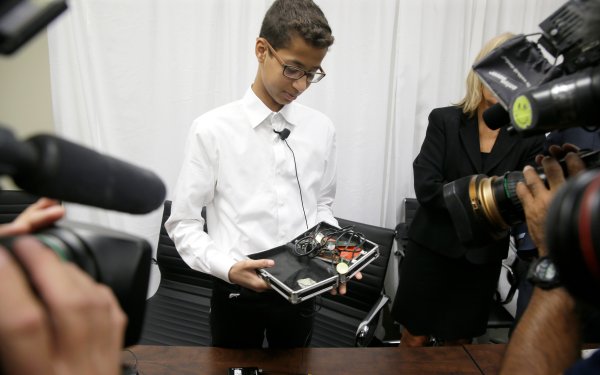