By Mahita Gajanan and TIME Photo

The staggering effort that went into building the venues for the 2016 Olympics, which kicked off in Rio de Janeiro Friday, took years of construction.

Despite numerous setbacks and concerns that the many of the venues would not be ready in time for Friday’s opening ceremony, the Games have generally run smoothly so far.

Take a look at dramatic before-and-after footage as the Corinthians Arena, the Olympics golf course and the Barra Olympic Park rise in the GIFs below.

The Corinthians Arena, built for the 2014 World Cup, will serve as one of seven soccer venues for the 2016 Olympics.

The golf course, located about 3 miles from the Olympic Village, was designed specifically for the 2016 Games.

The Barra Olympic Park is the center of the games, with nine venues hosting 16 Olympic and 9 Paralympic sports. 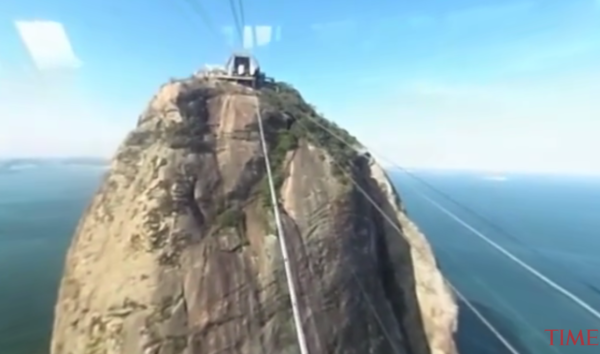 Experience Rio de Janeiro's Sights and Sounds With This 360-Degree Video
Next Up: Editor's Pick