Protests have diverted the Olympic torch relay away from its planned route, ahead of the opening ceremony Friday night.

The torch was supposed to pass by Copacabana, a beach in Rio de Janeiro, AP reports. The opening ceremony will take place at Maracana Stadium, where the torch flame will be used to light the Olympic cauldron.

The torch arrived in Rio de Janeiro Wednesday after touring through Brazil for three months.

Rio de Janeiro mayor Eduardo Paes carried the torch for its first few laps around the city’s center. Police intervened when a crowd tried to disrupt the relay, and they reportedly used tear gas to break up the protesters. People have been protesting against the high cost of hosting the Olympics during a political and economic crisis in Brazil. 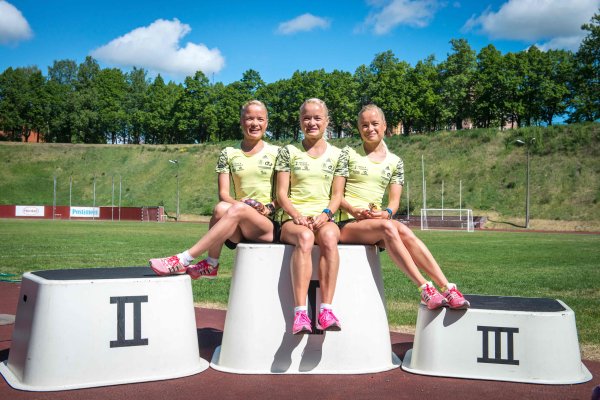 Meet The Estonian Triplets Who Are Competing Against Each Other in Rio
Next Up: Editor's Pick