Bradley Cooper to Develop HBO Miniseries About the Rise of ISIS

Bradley Cooper is developing a miniseries about the rise of ISIS for HBO.

The four-time Academy Award nominee will executive produce the miniseries, called Black Flags. Based on the Pulitzer Prize-winning nonfiction book Black Flags: The Rise Of ISIS by Washington Post reporter Joby Warrick, the miniseries chronicles the rise of ISIS from its beginnings in Jordan to its gains in Syria. Warrick’s book explores how the Iraq War contributed to the growth of ISIS, told through interviews with terrorists, politicians and intelligence agents.

After reading the book, Cooper thought it would make a good limited TV series. He and producing partner Todd Phillips collaborated with Warrick on the project, Deadline reported.

Cooper and Phillips, partners under the production company Joint Effort, will release their company’s first movie, War Dogs, which centers on two men who arm U.S. allies in Afghanistan, on Aug. 19.

HBO has not announced a release date for the miniseries. 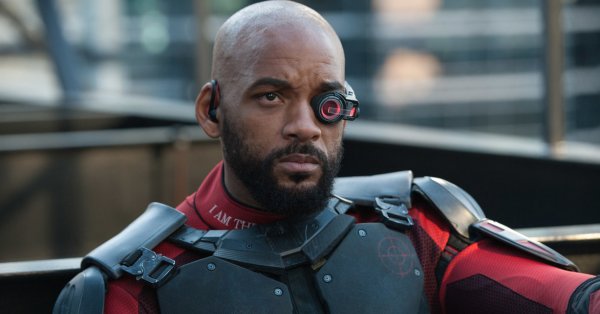 Everything You Need to Know About the Suicide Squad Villains
Next Up: Editor's Pick