epa05456039 A photo provided by London's Metropolitan Police of the knife attack victim who has been identified as 64 year old Darlene Horton. She was killed when a 19 year old Norwegian of Somali origin attacked her and five others in central London late 3 August 2016. She was the wife of a university professor from Florida University and was reportedly only hours away from flying home EPA/MET POLICE HANDOUT EDITORIAL USE ONLY/NO SALES
MET POLICE—EPA
By Rosalie Chan

The American woman who was killed in the knife attack on Wednesday in London has been identified as Darlene Horton, 64, a retired special education teacher from Florida.

Horton and five other people were attacked at Russell Square in London. The other victims, who were Australian, American, Israeli and British, suffered injuries but survived, according to Metropolitan Police Assistant Commissioner Mark Rowley.

The 19-year-old suspect was arrested and is now in police custody.

Horton began her career in education in the 1980s, The Guardian reports. She was the wife of Richard Wagner, a psychology professor at Florida State University. She and Wagner had planned to return to Tallahassee on Thursday.

“There are no words to express our heartache over this terrible tragedy,” FSU President John Thrasher said in a statement. “We are shocked that such senseless violence has touched our own FSU family, and we will do all we can to assist Professor Wagner and his loved ones.” 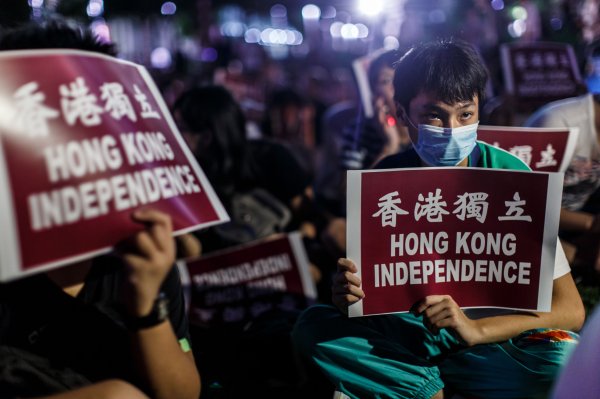 Hong Kong Has First Pro-Independence Rally
Next Up: Editor's Pick