Much has been made of Donald Trump’s controversial comments about women. He’s called breastfeeding women “disgusting,” told New York Times columnist Gail Collins she had the “face of a dog,” and speculated that Fox News host Megyn Kelly had “blood coming out her wherever,” and that’s just the start of it.

But where does he actually stand on issues relating to women? In her speech at the Republican National Convention, Ivanka Trump touted her father’s support for equal pay, paid family leave and childcare. “As President, my father will change the labor laws that were put into place at a time when women were not a significant portion of the workforce,” she said.

Yet there are no positions on equal pay, abortion, paid family leave, child care or sexual harassment on Trump’s website, so we have to go by his statements to figure out what he really intends to do for women. Here’s what he’s said.

Trump has had many different stances on abortion over the years. In 1989 he held a pro-choice fundraiser, in 1999 he said he was pro-choice but “hates it,” and he didn’t declare himself anti-abortion until he began to toy with running for president in 2011. He doubled down on his anti-abortion stance after he announced his candidacy in 2015, and even went so far as to suggest that women should have “some form of punishment” for seeking abortion, before walking those comments back. He supports outlawing abortion but allowing exceptions for rape, incest, and life of the mother.

Paid Family Leave: “I think we have to keep our country very competitive, so you have to be careful of it.”

When asked about paid family leave, Trump said it’s being “discussed” but that he was wary of the business implications of providing paid leave to new parents and other employees. And in a 2004 interview with NBC News, Trump said that pregnancy was “a wonderful thing for the woman, it’s a wonderful thing for the husband, it’s certainly an inconvenience for a business. And whether people want to say that or not, the fact is it is an inconvenience for a person that is running a business.”

Trump has not outlined any policy proposals to ease the crushing burden of child-care costs for American families, which can be more expensive than rent and food in some areas. He has said he thinks childcare is a good idea, and something that can be done “I think, very easily by a company,” and is not necessarily the responsibility of the government.

Equal Pay: “You’re gonna make the same if you do as good a job.”

Trump has voiced tepid support for equal pay, but at time has appeared skeptical of the idea that men and women who performed the same were making different salaries. Last August he said that “if they do the same job, they should get the same pay,” but noted that such equality would be difficult to implement as a matter of public policy.

“When you have to categorize men and women into a particular group and a particular pay scale, it gets very — because people do different jobs,” he said.

A few months later, he appeared to challenge the idea a bit more, responding to a question about equal pay with, “You’re gonna make the same if you do as good a job,” but he did not commit to any policy proposals. 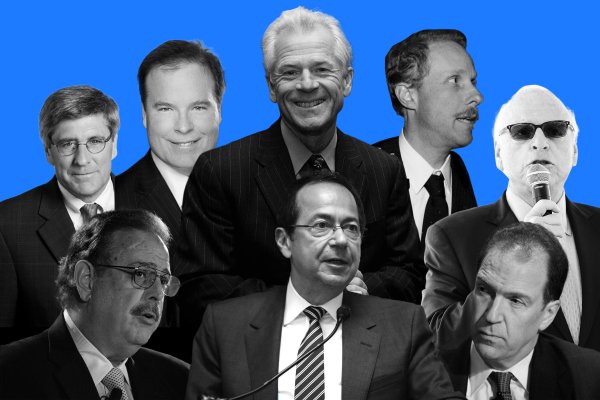