Why President Obama Is Going After Donald Trump

If you only read one thing: President Obama could hardly contain his frustration with Donald Trump’s candidacy Thursday in his final press conference before his summer vacation. Obama mocked the GOP nominee’s assertion that the election could be rigged against him, comparing Trump to a schoolyard child losing at a game. Days after calling Trump unfit for the presidency, Obama said it was up to the American people to determine whether he should be trusted with the means to start nuclear war. It was the latest rebuke by the president to one of his potential successors, and highlights the role Obama is set to play this fall as chief Clinton validator. With stronger economic indicators and the best poll numbers since starting his second term, Obama is once again a popular figure on the campaign trail, and Clinton’s team is betting that his comments against Trump, and in favor of Clinton, will further solidify her lead in swing states and nationally.

Trump, meanwhile, is struggling to find a way to change the narrative after a week of unmitigated bad press, stemming from his critique of the Khan family to his recycling of old attacks on Megyn Kelly and a reporter with a disability. On the campaign trail, Trump maintains that the GOP is united, but the reality is anything but that, as senior GOP leaders are sending messages to Trump and his team to turn things around fast—or else. While he won’t be booted off the ticket, what’s at stake are millions in general election ad dollars that can be diverted down-ballot in a last-ditch effort to save the Senate. But complicating matters for the GOP is that their candidates would be doomed anyway if they alienate Trump’s core supporters.

Many Questions and Few Answers About How Melania Trump Immigrated to the U.S.
She denies wrongdoing, but doesn’t explain discrepancies [Washington Post]

Will Politics Take Off the Month of August?
Don’t bet on it [TIME]

“If Mr. Trump is up 10-15 points on Election Day and ends up losing, then he can raise some questions.” — Obama rejecting claims by Donald Trump that the election would be rigged against him

“They have been told these are classified briefings. And if they want to be President, they got to start acting like President, and that means being able to receive these briefings and not spread them around.” – Obama on whether he has any reservations about the presidential nominees sharing classified intelligence from their national security briefings

Clinton pauses ads in Virginia in sign of confidence [Politico]

Did Paul Ryan just predict that Clinton will win in a landslide? [Washington Post] 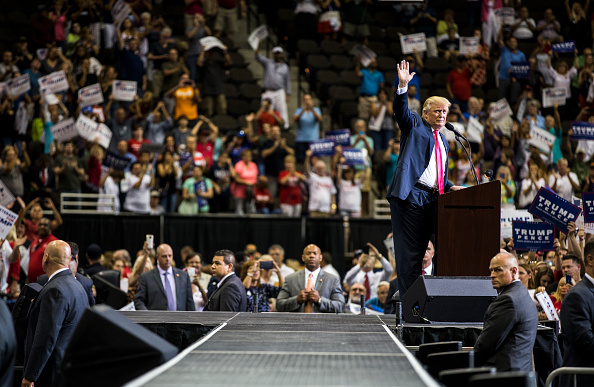 Why Trump Isn't Leaving the Race
Next Up: Editor's Pick