As far as beefs go, Aubrey Drake Graham doesn’t really come to play. Sure, he and Meek Mill had a memorable fight last year, but we’d be kidding ourselves if we thought that “Back to Back” would go down in the canon like Nas’ Jay Z diss-track,”Ether.” It was a beef that relied heavily on Twitter fingers, emoji burns and fortuitous timing. Same with his current beef with rapper and former Drake associate Joe Budden, a “feud” that has sparked fan shenanigans and social media outbursts, but nothing that could rival the East Coast/West Coast rivalries of yore.

However, Drake’s call-out of radio station Hot 97 at his NYC concert on Thursday night might be the most significant shots fired from the Toronto rapper. Drizzy told the crowd via a freestyle, “they tellin’ lies on Hot 97 and that’s how it goes,” later adding, “I told ’em fire Funk Flex, then I’ll come and do your show.”

The burn toward Hot 97 follows a joke that radio host Ebro Darden made, alleging that Drake would come for Eminem if the rapper ever dissed him, following Drake’s current beef with Budden, who is a part of Eminem’s Shady Records crew. It’s also pointedly directed at legendary Hot 97 DJ Funk Flex, who helped to fan the flames of the feud between Meek Mill and Drake last year by playing Mill’s diss track, “Wanna Know” and releasing a series of tracks by alleged 6 God ghostwriter, Quentin Miller.

The plot thickens, however, when you take into account that Hot 97 has supported Drake from his early days, giving him his first chance to do a freestyle on air.

Darden and other radio personalities weighed in on the conflict as well. 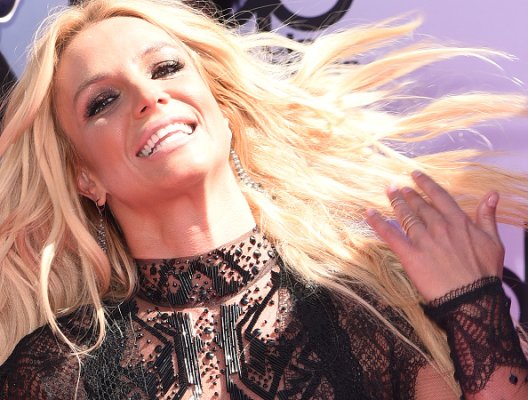 Watch Britney Spears' New Music Video for 'Make Me'
Next Up: Editor's Pick