Ellen Johnson Sirleaf is President of the Republic of Liberia

During the course of 17 devastating months, the Ebola epidemic infected nearly 11,000 people in Liberia alone, killing more than 4,800 of them, 192 of whom were doctors, nurses and health practitioners. Today, two years after the World Health Organization declared an international emergency, and several months since “zero cases” signaled our nightmare was truly over, the question that now keeps many people awake at night is: could it happen all over again?

Without a doubt, the outbreak has had a profound effect on our nation beyond the individual lives affected and taken by this dreadful disease. In the wake of 30 years of civil and political turmoil, Ebola challenged much of the progress we had made in rebuilding the country, leaving Liberia in a weakened state. Our health systems and infrastructure had nearly collapsed, we now have a desperate shortage of health workers, and it will take years for our economy to recover. And yet, despite such challenges, I believe we are indeed now better prepared to cope if Ebola does once again rear its ugly head, thanks largely to the strength of our people.

Liberia is a resilient nation and in our time of need, its people rallied. By performing brave and selfless acts in the face of a terrifying threat—as first responders, frontline health workers and contact tracers, among others—our communities stopped the spread of the disease. And now it is this same spirit that will protect us moving forward. By working together, we have already demonstrated that we can respond quickly and effectively to contain any new flare-ups. Liberia has not yet quite risen from the ashes, but as our nation continues to rebuild, we have grown stronger in many ways.

In addition to the ongoing presence of Ebola Treatment Units, which were set up to provide safe and appropriate care for Ebola patients, we now also have a triage system in place in our hospitals and community health centers. Anyone entering is first examined to make sure there are no signs of infectious disease. This has proved to be extremely useful. And health-care staff across the country now receive training in how to use a new integrated disease surveillance system already in place. This will form a critical part of our health system, improving our ability to predict, observe and minimize the harm caused by outbreaks, whether they are Ebola or some other infectious disease.

We also have Ebola vaccines. They were not available until near the end of the epidemic, but many of our health-care workers received shots as part of clinical trials. To date, the results have proved very positive. The vaccines are still the subject of research or going through the processes of being licensed, but we have great hope for them and plan on continuing to support ongoing research as needed.

None of this was in place before the outbreak, and having it now will make all the difference. If a new outbreak were to occur today, we now have the means to detect and respond to it swiftly, to ensure we contain it, while protecting our health-care professionals in the process. This was demonstrated when we were able to very quickly bring a recent flare-up under control. Thanks to the rapid response of our health-care professionals, who isolated the few individuals at risk, we prevented any further spread.

But while we are now far better placed than ever before, we are not out of the woods and still have a long way to go. Even before Ebola struck, much of our basic infrastructure, including roads, water systems and power, was in great need of attention, particularly in rural areas. And now, despite our best efforts to provide better incentives for doctors and nurses, we have struggled to recruit sufficient medical staff in these remote regions.

The challenge is that as we continue with the process of rebuilding, we are doing so from a severely weakened position. Our economy has improved, but we are still not back to our level before the epidemic. Many of the investors that left during the outbreak have not returned. Lingering fears are still keeping them away. This threatens to further weaken us.If there is one thing we have learned from Ebola, it is that disease prevention requires investment.

Through this difficult period, Liberia has worked hand in hand with valuable organizations like Médecins Sans Frontières (Doctors Without Border), which played a vital role from the very beginning in providing care for the infected. Similarly, Gavi, the Vaccine Alliance, has not only helped to encourage vaccine manufacturers to make Ebola candidate vaccines available, but has provided support in preventing new public health threats in the aftermath, when the near collapse of our health systems led to measles outbreaks.

Looking ahead, we are in a very different place. We still need support, but with the emergency over, Liberia’s fate is no longer determined by a merciless virus. Our people are now better informed about the nature of infectious disease. We have made huge progress in regaining the trust of the people, perhaps more so than Liberia has seen for decades. Indeed, just last month, for the first time in 13 years, Liberia took control of its own security forces. Peace is very much in our hands.

So, despite the incalculable suffering and horror we have endured, my belief is that we have ultimately emerged from this ordeal stronger and more unified. Today, as our nation grieves on this solemn anniversary, we know that we have to take primary responsibility to heal ourselves no one can help us to heal. But on the long road to recovery we will need continued partnership for rebuilding. 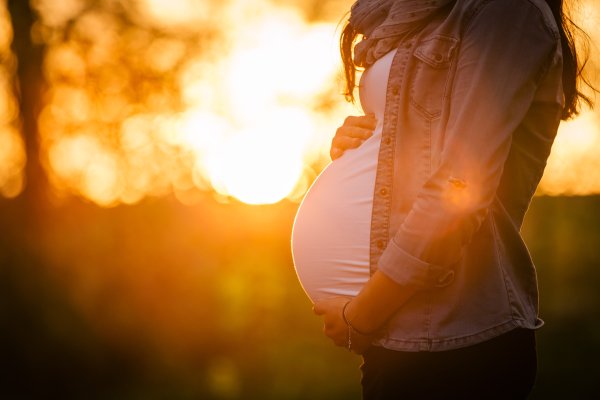 What My Miscarriage Taught Me About Health Care for Women
Next Up: Editor's Pick