Amazon is building itself an air force.

The Seattle-based e-commerce giant is leasing 40 cargo planes to help get packages to customers, the company announced Friday. One of the planes, a Boeing 767-300, has been painted in an Amazon “Prime Air” livery. (Fun fact: The plane’s new tail number, N1997A, includes a prime number. That registration once belonged to a hot air balloon that was destroyed in the early 1990s, according to FAA records.)

News of smaller Amazon deals to lease cargo aircraft has been previously reported. However, the company is now revealing that it’s leasing a larger number of aircraft than once believed, as well as showing off the Prime Air livery for the first time.

To be clear, Amazon won’t own the planes directly. Instead, it’s working with aviation cargo operators Atlas Air and ATSG. However, Amazon now owns a minority stake in the latter firm, while it has reportedly expressed interest in increasing its investment — a sign that it may ramp up its aviation operations in the future.

The aircraft mark Amazon’s latest effort to take further control of its own logistics operations, rather than rely on partners like the UPS and FedEx. (That Amazon is doing some of its own flying could help it pressure those firms to keep their prices low for shipping Amazon packages, lest Amazon lease yet more planes and give the shippers less business.) Last year, the company rolled out a fleet of thousands of tractor trailers to move products between its warehouses. It also has an Uber-like program enabling individuals to sign up as delivery workers.

To be sure, 40 aircraft is a drop in the hat compared to the size of FedEx and UPS’ fleets (643 and 237 aircraft respectively, plus chartered flights). But some in the air cargo business are hoping Amazon’s interest will breathe new life into the industry, which is on track to grow a mere 0.4% over the next two years as it faces increasing competition from the trucking and rail industries.

Correction: The original version of this article misstated the registration number of Amazon’s repainted 767. It is N1997A. 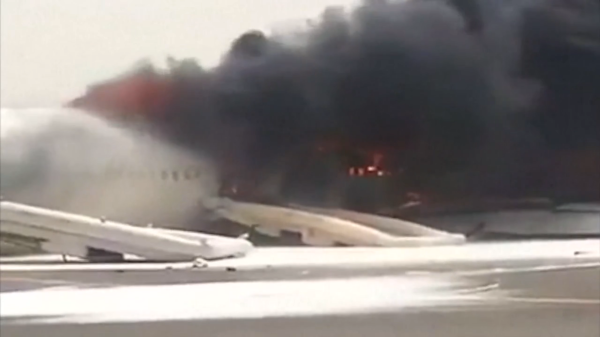 They Had to Evacuate Their Plane in a Hurry After a Crash. But First They Grabbed Their Luggage
Next Up: Editor's Pick