Kim Rhode shoots guns for a living, but she has long seen them as the tools of her trade, no different than a golfer’s clubs. She was surprised, then, when she was asked about gun control at the London Olympics, shortly after winning gold in skeet shooting and becoming the first American to medal in five straight Games. Four years later, America’s most-decorated Olympic shooter is more willing to wade into questions about guns and their role in American society.

“We have that stigma attached to our sport,” says Rhode, 37, as she readies to compete in Rio. If she medals on Aug. 12, Rhode will be the first female Olympian to win medals in six straight Olympics. Italian luger Armin Zoeggeler has done it on the men’s side. “When you are talking to a NASCAR driver, they’re not asked to comment on an incident that occurred with a vehicle.”

Yet Rhode, who is funny and personable in conversation, doesn’t resort to typical athlete dodges when talk turns to gun control. “We should have the right to keep and bear arms, to protect ourselves and our family,” she says. “The second amendment was put in there not just so we can go shoot skeet or go shoot trap. It was put in so we could defend our first amendment, the freedom of speech, and also to defend ourselves against our own government.”

It’s a view Rhode plans to pass down her three-year-old son as he grows up. “I hope to have him out there shooting, when he becomes of age,” she says. “I started when I was like 7 or 8 years old, and it was something that was a big deal in my family, to gain that right of passage.”

(Read More: This Team Could Be the Best Story of the Olympics)

The six-time Olympian says she understands the impulse behind the push for tighter gun laws––but doesn’t agree with them. The December 2015 shooting in San Bernardino, Calif., where a married couple shot 14 people and seriously injured 22 more, struck particularly close to home. Rhode lives near Los Angeles and her parents own property in the area around San Bernardino. “My heart breaks for those people,” Rhode tells TIME, but such tragedies “make we want to carry even more.”

Indeed, Rhode says a series of gun control measures passed in California following the San Bernardino attack are onerous and a misguided response to the tragedy. “I shoot 500 to 1,000 rounds a day, so having to do a background check every time I purchase ammo, or every time I want to bring ammo in or out of a competition or a match, those are very challenging for me,” says Rhode. “Also, I’ve had guns in my family for generations that have been passed down, and now I’m going to register them as assault weapons. And they will not be passed on to my son, or to me from my father. It definitely does effect me and give me a reason to speak out more.”

Although shooting has never been a marquee sport and major corporate sponsorships are hard to come by for all but the most marketable Olympians, Rhode says her willingness to speak out has prevented her from landing mainstream sponsors (she is backed by gun manufacturers including Beretta and Winchester). No matter what, she will be part of Olympic history. And come Aug. 12, Rhode will have a chance at a record few will ever match. “Well,” she says, drawing a breath, “the pressure’s definitely there.” 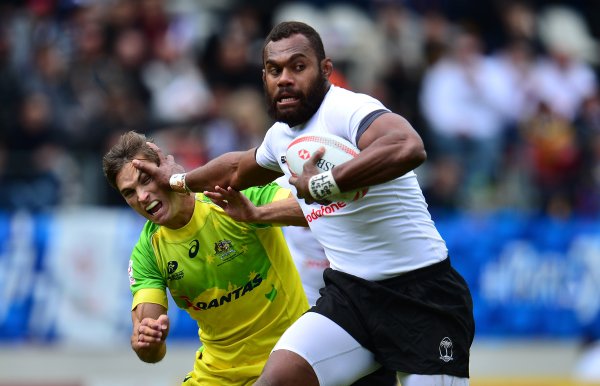 This Team Could Be the Best Story of the Rio Olympics
Next Up: Editor's Pick