A new poll shows Hillary Clinton jumping to a 15-point lead against Donald Trump in the presidential race.

The poll, which comes after both political party conventions, shows Clinton beating Trump 48% to 33% across the country. The McClatchy-Marist poll shows Clinton with one of her largest leads of the race. The same poll showed Clinton leading Trump by only three percent last month.

A growing Clinton lead has been reflected in a variety of new polls. The RealClearPolitics average of polls shows Clinton leading Trump by an average of 5.8 points. A new poll shows Clinton up by eight points in Pennsylvania and six points in Florida. The polling gap has grown following Trump criticizing a Gold Star family and leading Republicans reprimanding him for his comments.

The survey of 1,132 adults across the United States was conducted Aug. 1-3. It has a margin of error of plus or minus 2.9 percentage points. 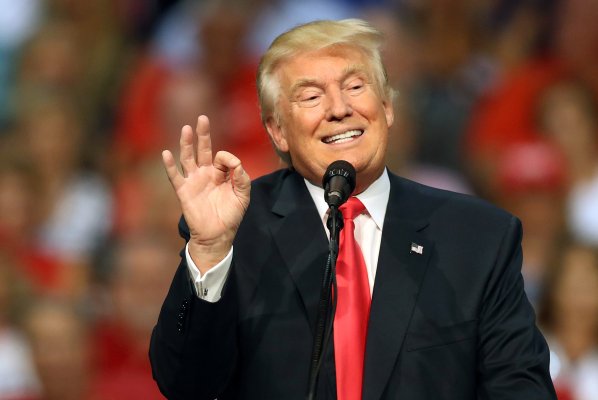 Donald Trump Lags Behind Hillary Clinton in New Polls
Next Up: Editor's Pick