What It Was Like to Hear the Real Florence Foster Jenkins Sing, as Told in 1934

Florence Foster Jenkins (L) entertaining her socialite guests at a formal party in her home in 1937.
Margaret Bourke-White—The LIFE Picture Collection/Getty Images
By Olivia B. Waxman

It sounds like a farce: in the new movie Florence Foster Jenkins, out Friday, Meryl Streep plays the eponymous socialite, a woman whose singing voice is so bad it’s good. But Jenkins was a real person—and if she were alive today, she’d probably be going viral on YouTube.

She was born in 1868 into a wealthy family in Wilkes-Barre, Penn.; her father was a lawyer and a member of the state legislature. When her parents died, she inherited enough money to take voice lessons, put out five recordings and host an annual concert at the Ritz-Carlton in New York City throughout the 1930s and 40s, as well as other performances in Newport, R.I.; Washington, D.C.; and Boston, according to the American National Biography. Founding a Verdi club helped her grow an audience, as did the work of her manager and longtime partner, the actor St. Clair Bayfield (played by Hugh Grant in the film). As the above LIFE magazine photo shows, she hosted recitals at her home in New York City’s Seymour hotel, where she is said to have also kept guests entertained with a bathtub of potato salad and a collection of dining room chairs that she claimed Americans had died sitting in, according to a new biography of the amateur singer released with the film’s script.

TIME’s reviews of her performance were just as colorful and uninhibited as the singer herself. As TIME described her 1934 concert at the Ritz-Carlton Hotel:

Sometimes, her concerts were painful in more ways than one, the review noted, not only because she “struggled” with the songs but also because she once literally tossed roses into the audience and “in her excitement, the basket slipped from her hand, [and] hit an old gentleman on the head.”

In 1941, the magazine described her recording of Mozart’s The Magic Flute as “wild wallowings in descending trills” and said “her repeated staccato notes” sounded like “a cuckoo in its cups.” And as the magazine wrote in 1942: “Critics have long wondered whether Coloratura Jenkins‘ art can be described as singing at all. But she will intrepidly attack any aria, scale its altitudes in great swoops and hoots, assay its descending trills with the vigor of a maudlin cuckoo.”

Yet she made it to Carnegie Hall on October 25, 1944, thanks to such practice, practice, practice leaving “dignified gentlemen” with “tears of mirth streaming down their cheeks,” as TIME put it. Her last and most famous concert, it sold out in just two hours, according to the acclaimed music venue.

A month later, she died of a heart attack at age 76, and some suggested that the scathing reviews killed her. You can judge for yourself whether they were deserved: 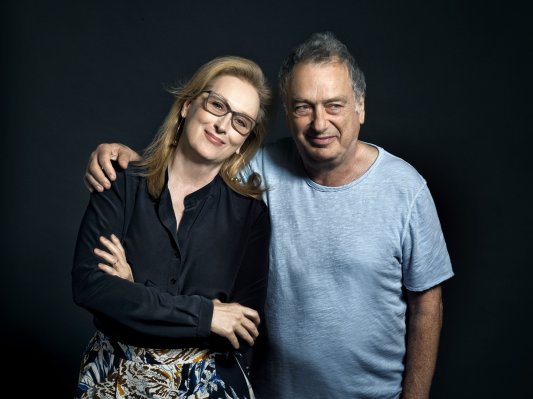 Off-Key, but on Point
Next Up: Editor's Pick