Frank Ocean album watch has never been at a more fevered pitch than it is right now. After reports surfaced that Ocean would be releasing his long-awaited and highly-anticipated new record, allegedly titled Boys Don’t Cry, on Friday, Aug. 5, the Internet pretty much lost its mind. From the skeptics to the die-hard hopefuls, everyone weighed in with hot takes, theories, and research about the new album.

Before (and if) the album actually drops, here’s what you should know.

The mysterious pseudo-live stream/looping video might actually be a preview of the new album: When Frank Ocean released a live stream in the wee hours of the morning of Aug. 1, many suspected that its grainy black and white footage and eerie instrumental music held the secrets of his new album. Alas, the live stream was later discovered to be a looping video—shot by Ocean frequent collaborator Francisco Soriano—of Frank building something while Tom Sach’s Toyan’s sculpture looms in the corner (more on that below), but one ardent fan recorded the entirety of the sounds, theorizing that the video was a secret listening party. The ambient tracks would make a perfect backdrop for Ocean’s mellow vocals, so that theory is actually plausible.

Tom Sachs collaborated with Frank to make the live stream video: Contemporary artist Tom Sachs confirmed to Fader that he lent Ocean his large boombox sculpture, Toyan’s and advised the singer on “some carpentry issues” for the video, which was shot in the past year. If that wasn’t intriguing enough, Sachs also added fuel to the fire by disclosing that they have other projects in the work and that the pair have “an ongoing creative dialogue.” Sachs wouldn’t reveal what was being built in the video, but voiced what we are all feeling: “I speak for all mankind when I say I can’t wait to see what’s to come.”

Thanks to that livestream, the Internet seems to think that Frank Ocean is building something momentous: Leave it to the far reaches of the internet to come up with more conspiracy theories for that livestream video, the most popular of which is that Ocean is building a spiral staircase. The theory is based on tweets sent by user @mishkwan, who heard it secondhand from a “dude at a bar.” Take it with a grain of salt.

He won’t just be releasing music: While fans have long speculated that Frank would be releasing supplementary materials with his album, the most popular theories have been a zine (thanks to a picture posted on Ocean’s Tumblr of him with two stacks of magazines titled Boys Don’t Cry). One Reddit user mined info from the source code of Ocean’s recent Calvin Klein campaign on the company’s website; he claims that info points to Ocean having written a novel. However, the New York Times report only confirmed a zine, which will be distributed at Apple stores with the release of the album.

The potential collaborations on the album are the things that dreams are made of: Rumors of collaborations have been flying for years—but among the many prominent names that have surfaced, here are some of the best bets for who will end up making the trackless:

James Blake: Blake revealed over a series of interviews that his new album was influenced by Ocean and that it samples an unreleased Ocean song.

Chance the Rapper: The Chicago rapper relayed to Complex that the new Ocean album is a “masterpiece.”

Lil B: The Based God tweeted out a picture of himself and Frank in the studio together in 2014.

Rick Rubin, by way of Christophe Chassol: French pianist Chassol told BBC that the legendary hip hop producer logged in some quality studio time with him and the reclusive Ocean.

Pharrell: Ocean told BBC Radio 1 in 2013 that he had studio time with the stylish producer, who helped to write and produce Channel Orange.

Tyler the Creator: The Odd Future leader is a close friend and frequent collaborator with Frank, so it’s entirely possible that he’ll be on the new album.

Kanye West: Ocean played a prominent role on “No Church In The Wild” on West and Jay Z’s 2011 hit album, Watch the Throne. He later lent his vocals to West’s 2016 track, “Wolves.” It’s reasonable to think that Yeezy could make another appearance.

Jay Z: Frank appeared, appropriately, on Jay Z’s 2013 song “Oceans,” so it wouldn’t be a surprise if Hov showed up for Boys Don’t Cry.

Beyoncé: Ocean appeared on Bey’s track and the music video for “Superpower” in 2013, which gives us hope that the Lemonade superstar might lend her superpower to Frank’s project. 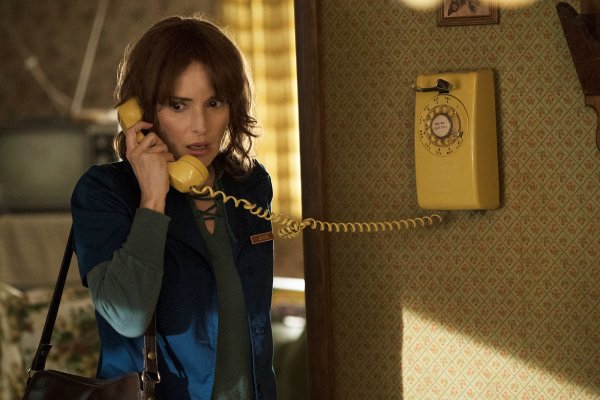 Relive That Thrilling Stranger Things Scene With This Video From Joyce's Perspective
Next Up: Editor's Pick