In an interview with People, Patterson said that although he “can’t share much” about the revival, he could give away that Luke and Lorelai, played by Lauren Graham, are still in a relationship. Patterson and Graham were photographed holding hands while filming on the Gilmore Girls set in April, sparking rumors that the on-again off-again couple would be together in the revival.

“I can tell you that we are together,” Patterson told People. “We are together and we’re sort of figuring out our next step.”

Patterson remained quiet on whether the “next step” includes a new baby for the couple, despite fan speculation that Lorelai might be pregnant in the new episodes.

The actor revealed other details fans can expect in the revival, including a tribute to the late Edward Herrmann, who played Richard Gilmore. Herrmann died in 2014.

“Losing Ed, it left just a gaping hole and it was so tragic and so shocking to lose him,” Patterson said. “But as far as the storytelling was concerned, it really deepened the scripts and affected the tone of a lot of it – and especially our characters and how we related to one another.” 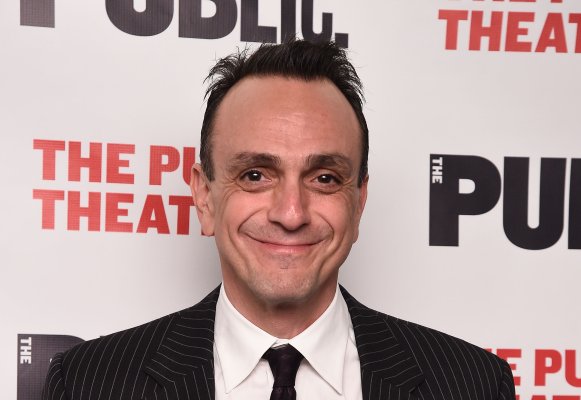 Hank Azaria Thought He'd End Up With Phoebe on Friends But Paul Rudd Was Too 'Awesome'
Next Up: Editor's Pick