Jonah Hill said he was “scared sh-tless” when Leonardo DiCaprio raced up to him on the street, pretending to be an overzealous fan or a member of the paparazzi, in an impromptu prank earlier this week.

Hill, who stars in the upcoming film War Dogs, told Entertainment Tonight that his former The Wolf of Wall Street co-star was successful in terrifying him. “It was funny! I was totally taken off guard,” Hill said at a War Dogs screening on Wednesday. “I was scared sh-tless.”

The prank, which took place Monday in New York City, was captured on video and went viral. Hill can be seen idly standing by a restaurant as DiCaprio runs up to him, pointing a cell phone in his face. Hill appears visibly frightened before he realizes it’s his longtime friend. The two then hug it out. 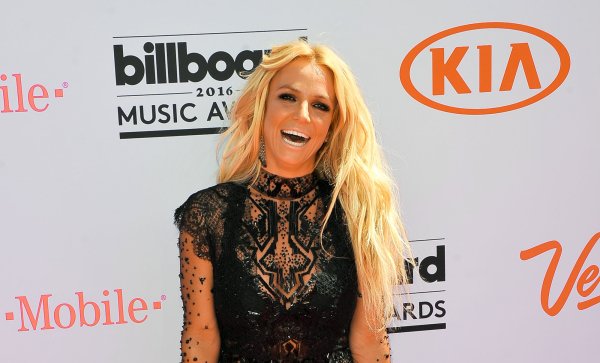 Watch Britney Spears Prank Jimmy Kimmel With Male Dancers in His Bed
Next Up: Editor's Pick