Russia Had a Fatal Anthrax Outbreak. Could It Happen in the U.S.?

Although anthrax is common in the US, the number of human deaths it causes is relatively low thanks to long-lasting veterinary vaccinations
Ben Birchall—PA Wire/PA Images
By Kate Samuelson

It sounds like the plot from a horror movie. An outbreak of a ‘zombie’ disease in the Siberian wilderness has infected dozens and killed a child, as well as thousands of reindeer. The spores of this disease are nearly always fatal. Its name? Anthrax.

Invisible, odorless and tasteless, anthrax creates flu-like symptoms making it difficult to diagnose. But they quickly become far more serious and can lead to shock, massive swelling of lymph nodes and bleeding in the brain. Once the toxins reach a critical mass, death is inevitable. Infected spores have been used as a weapon in the past by bioterrorists.

So on the face of it, an outbreak of anthrax sounds like something to be very worried about. But there’s really no need, says Dr. Olaf Schneewind, chairman of microbiology at the University of Chicago. “Anthrax happens all the time, causing wildlife to die in Texas, the American west, Alaska, Canada – everywhere in the world really,” he told TIME. “However, it’s really rare for humans to get the disease as we are not a grazing animal, so we don’t pick up the spores that way.”

Anthrax produces spores that animals ingest from the soil. Humans exposed to infected creatures or tissues, such as wool or fur, are at risk of getting the disease — either through cuts in the skin, from breathing in spores when handling hides, wool or drum skins or from eating contaminated meat. The latter is nearly always lethal, and the most common cause of human death from the disease in the U.S, occurring in impoverished regions where people are desperate for food. It’s likely how it spread to humans from reindeer in the Russia outbreak.

But deaths from anthrax in the U.S. are vanishingly rare. Research from the last decade shows that during a 46-year period just 236 cases of anthrax among humans were reported across the U.S., with 65% of deaths caused by the industrial processing of animal hair or hides. Only 10 cases were from inhalation.

Microbiologist and top anthrax expert Dr Tim Brooks says widespread long-lasting vaccinations have made many animals immune to the disease, as well as veterinarians, military personnel and first responders at risk of transmission. Even if an outbreak were to occur, he says, “there are national stockpiles of the anthrax vaccine for the public in the case of any major incident involving anthrax in the U.S.”

The recent outbreak, which occurred in the Yamalo-Nenets region of Siberia and is Russia’s first in 75 years, is believed to have been spread by reindeer, leading to the death of 2,349 of the creatures. More than 60 people from reindeer-herding families have been moved out of the area and a state of emergency has been declared. At least one person, a 12-year-old boy, has died.

NBC has said that climate change could be to blame, reporting: “The carcass of a reindeer thought to have died from anthrax decades ago thawed and released the bacteria, sending the disease rippling through a population of animals already weakened by unusually high temperatures.”

Indeed, the now-quarantined area has faced a heatwave this summer, with temperatures reaching highs of 95 degrees this summer – 18 degrees higher than average. Another theory is that an infected corpse was behind the outbreak. Local tribes do not bury their dead in the ground, the governor’s press secretary Nadezhda Noskova told The Siberian Times. “They put them into the wooden coffins – they resemble boxes – and place them on a stand or hillock. The old cemetery could be also the source of the disease.”

Dr Brooks advises those worried about anthrax to contact their local agricultural authority if an animal in their care has died in unexplained circumstances. The authority will then send a vet to take a blood sample. If the corpse then tests positive for anthrax, the area should be cordoned off and locals warned. It should be disposed of by burning or being buried six feet below the ground with quicklime, which encourages decomposition.

And in case you’re worried, the same tactic would also be a good approach to take with a zombie. 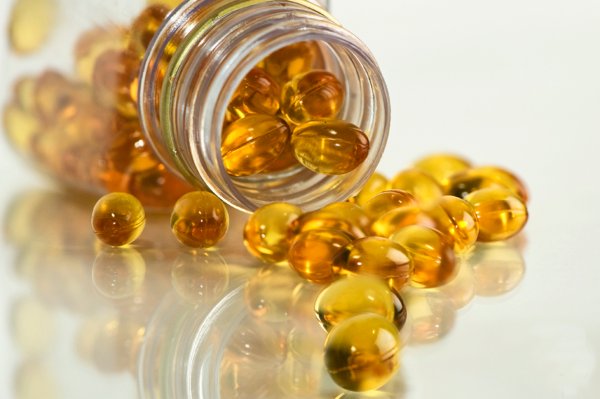 These 15 Supplement Ingredients May Have Serious Health Risks
Next Up: Editor's Pick