From the speech that put him on the map during the 2004 DNC to the widely quoted remarks he made at last week’s convention nearly 12 years later, President Obama’s flair for the spoken word is widely praised. Celebrate the President’s 55th birthday with a collection of his most meaningful quotes:

On motivation: “Focusing your life solely on making a buck shows a certain poverty of ambition.” (Knox College Commencement Address, 2005)

On hope: “Hope is that thing inside us that insists, despite all the evidence to the contrary, that something better awaits us if we have the courage to reach for it and to work for it and to fight for it.” (Iowa Caucus Speech, 2008)

On ‘yes we can’: “We’ve been warned against offering the people of this nation false hope. But in the unlikely story that is America, there has never been anything false about hope. For when we have faced down impossible odds; when we’ve been told we’re not ready, or that we shouldn’t try, or that we can’t, generations of Americans have responded with a simple creed that sums up the spirit of a people: ‘Yes we can.’” (New Hampshire Primary Speech, 2008)

On American greatness: “In reaffirming the greatness of our nation, we understand that greatness is never a given. It must be earned. Our journey has never been one of short-cuts or settling for less. It has not been the path for the faint-hearted — for those who prefer leisure over work, or seek only the pleasures of riches and fame. Rather, it has been the risk-takers, the doers, the makers of things — some celebrated but more often men and women obscure in their labor, who have carried us up the long, rugged path towards prosperity and freedom.” (Inauguration address, 2009)

On humanity: “All of us share this world for but a brief moment in time. The question is whether we spend that time focused on what pushes us apart, or whether we commit ourselves to an effort — a sustained effort — to find common ground, to focus on the future we seek for our children, and to respect the dignity of all human beings.” (On A New Beginning, Cairo 2009)

On getting help: “If you’ve been successful, you didn’t get there on your own… I’m always struck by people who think, ‘well, it must be because I was just so smart.’ There are a lot of smart people out there. ‘It must be because I worked harder than everybody else.’ Let me tell you something — there are a whole bunch of hardworking people out there. If you were successful, somebody along the line gave you some help.” (Campaign Speech in Roanoke, 2012)

On ending hate: “The strongest weapon against hateful speech is not repression; it is more speech — the voices of tolerance that rally against bigotry and blasphemy, and lift up the values of understanding and mutual respect.” (Remarks to the UN General Assembly, 2012)

On love: “There’s only one thing we can be sure of, and that is the love that we have for our children, for our families, for each other. The warmth of a small child’s embrace, that is true.” (Sandy Hook Prayer Vigil, 2012)

On perseverance: “You can’t give up your passion if things don’t work right away. You can’t lose heart, or grow cynical if there are twists and turns on your journey. The cynics may be the loudest voices — but I promise you, they will accomplish the least. It’s those folks who stay at it, those who do the long, hard, committed work of change that gradually push this country in the right direction, and make the most lasting difference.” (Ohio State Commencement, 2013)

On women: “As husbands and fathers and brothers, we have to step up, because every girl’s life matters. Every daughter deserves the same chance as our sons. Every woman should be able to go about her day — to walk the streets or ride the bus — and be safe, and be treated with respect and dignity. She deserves that.” (Address to the People of India, 2015)

On difference: “Because for all our differences, we are one people, stronger together than we could ever be alone. That’s always been our story. We are big and vast and diverse; a nation of people with different backgrounds and beliefs, different experiences and stories, but bound by our shared ideal that no matter who you are or what you look like, how you started off, or how and who you love, America is a place where you can write your own destiny.” (Remarks on Supreme Court Marriage Equality, 2015) 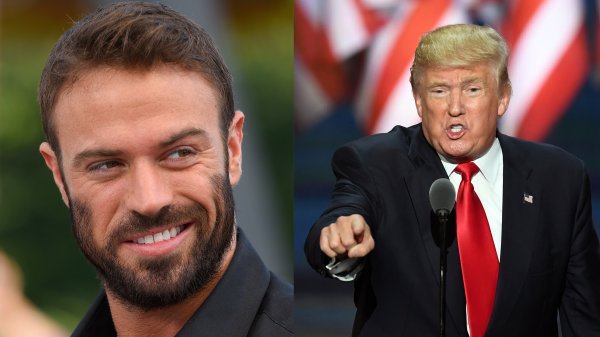 Chad Johnson Is the Donald Trump of Bachelor Nation
Next Up: Editor's Pick