How Obama's 55th Year Will Stack Up Against 5 Famous Presidents

President Obama will spend his 55th year finishing up his second term and easing into his new life.

Obama, who turns 55 Thursday, was one of the youngest presidents to take office, so he has a lot more retirement ahead of him than some of his predecessors.

Here’s a look at what some other presidents were up to when they were 55.

Washington had not yet become America’s first president, but he had just as important a role at age 55 when he was unanimously chosen to head the Constitutional Convention in Philadelphia.

Jefferson spent his 55th year as vice president in the John Adams Administration. In that role, he worked to undermine Adams’ controversial Alien and Sedition Acts, designed to halt immigration and suppress “harmful speech,” by drafting the Virginia and Kentucky Resolutions with James Madison.

Lincoln, who turned 55 in 1864, spent the year running for re-election while trying to save the Union as the Civil War raged on. In November, he won the presidential election by a landslide.

Stung by the loss of his Bull Moose Party campaign for president, Roosevelt spent 1913 and 1914 leading the Roosevelt-Rondon Scientific Expedition in Brazil, exploring the 1000+ mile long “Rio Roosevelt” and bringing back specimens for the American Museum of Natural History.

Reagan’s political career took off in 1966, the year he turned 55, as he successfully campaign to become Governor of California, defeating two-term governor Pat Brown, whose son, Jerry, is the current Governor. 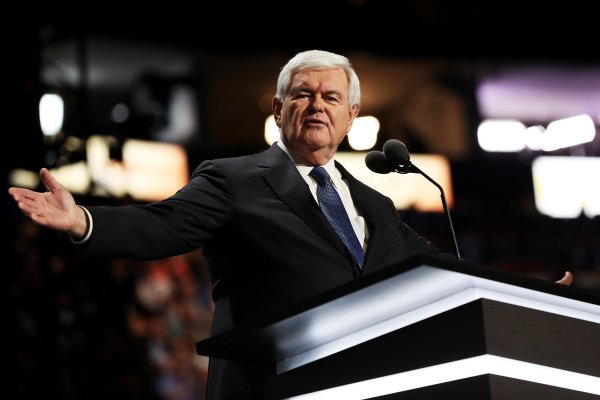 Even Newt Gingrich Says Donald Trump Has Been 'Very Self-Destructive'
Next Up: Editor's Pick