At the first Presidential debate on Monday night, Republican candidate stressed the importance of nuclear proliferation as an issue that will face the next President of the United States. This is not the first time the nuclear issue has come up during the 2016 campaign—but the campaign trail is far from the only time he’s spoken out on the topic.

In fact, in the mid-1980s, as the Soviet Union and the United States struggled to come to an agreement on nuclear policy, with the never-ratified Strategic Arms Limitation Talks II agreement nearing its expiration, someone surprising weighed in on the problem: Donald Trump, who told the press that he would do a good job as the U.S. negotiator.

“[The negotiation is] something that somebody should do that knows how to negotiate and not the kind of representatives that I have seen in the past,” he told a reporter in 1984. “It would take an hour and a half to learn everything there is to learn about missiles. … I think I know most of it anyway.”

“Some people have an ability to negotiate,” Trump further told an Associated Press writer in 1985, during an interview largely about football. “It’s an art you’re basically born with. Either you have it or you don’t. I feel for the first time in many years we’re in a position to negotiate a really good treaty. I’ve been involved in studying the issue for years. I feel very knowledgeable about the issue.”

Trump did not serve as the negotiator. And, though the agreement did expire, a new agreement was reached in 1991.

But the nuclear issue is far from the only one that proves that, in several area’s, Trump’s interests have been consistent since the 1980s.

In 1987, for example, Trump spent a reported $94,801 on newspaper ads to publish an “open letter” on U.S. foreign policy. He said that week that he wasn’t planning to run for office, but many saw the letter as an indication that he had his eye on the coming election The open letter, which declared that “there’s nothing wrong with America’s Foreign Defense Policy that a little backbone can’t cure,” went on to echo several themes that have featured in his 2016 campaign: 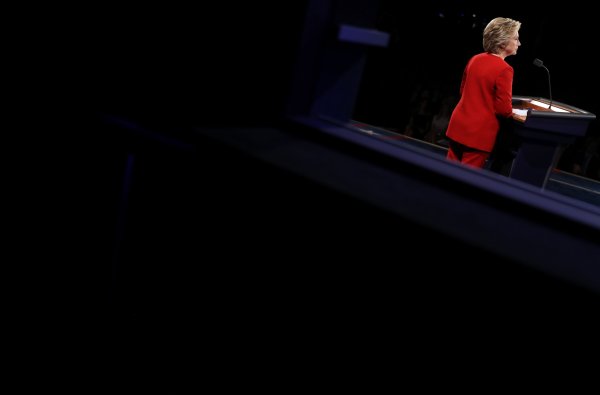 There's No Way Hillary Clinton Has Been Fighting ISIS Her Entire Adult Life
Next Up: Editor's Pick