Tourists walking on the glass skywalk clung the cliff of Tianmen Mountain, on Aug. 1, 2016 in Zhangjiajie, China.
VCG/Getty Images
By Mahita Gajanan

A new glass walkway in China that winds along the cliff of Tianmen Mountain is now open to the public.

Called the Coiling Dragon Cliff skywalk, the 100-m walkway clings to the side of the mountain in Hunan’s Zhangjiajie National Forest Park.

The walkway opened to the public Monday, and visitors brave enough to venture along the path were seen sprawling along the glass, taking pictures.

It is the third glass walkway in the Tianmen Mountain. The park already has a glass bridge that spans 430 m over a canyon. 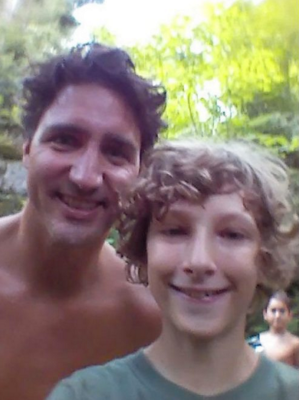 Canadian Family Runs Into Shirtless Justin Trudeau on a Hike
Next Up: Editor's Pick