Canadian Family Runs Into Shirtless Justin Trudeau on a Hike

A Canadian family on a hike in Quebec’s Gatineau Park was surprised this week when Prime Minister Justin Trudeau emerged from a cave, shirtless.

Jim Godby, who was on a five-day camping trip with his wife and two children, had decided to hike on a trails near their campsite and stumbled upon the Lusk Cave, an ancient marble cave in the park’s center. As they approached the cave, Trudeau and his family emerged from the opening.

“It was like a 20-foot-wide round hole and Justin (Trudeau) emerged with his family in tow and said, ‘This is the moment of truth; do we stop here or do we carry on?’” Godby told the Toronto Star.

Godby said it was a “really neat encounter” for the family, and that he recognized Trudeau by his voice, which he said sounded more relaxed in the outdoor setting. Godby’s son, Alexander, 13, even snagged a selfie with the Canadian leader.

After a short exchange, including one between Godby and Trudeau’s secret service agents, the families went their separate ways. 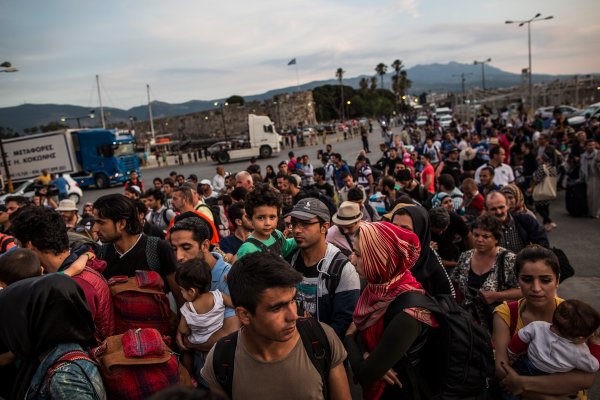